We're kicking off this year's Dragon Lord Spotlight series with Adored! This player has helped others across the lands with building better bases, and has crafted guides and tutorials for the community as a member of the Creators Faction. Learn about what he's working on next, and get base-building tips from Adored in our interview with him!

[A]: Currently Level 112, hanging out with Forsaken Genius in Sapphire. 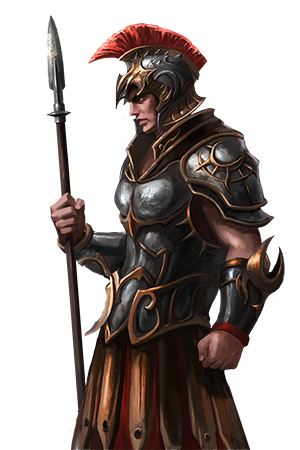 [A]: I believe I started playing around December 2015.

[A]: My wonderful girlfriend got me to play WD. She saw an advertisement for the War Dragons game and she started playing it because of its “Three-dimensional roaring beasts.” I would see her way too into it, and I gave it a try to see what it was all about. And, as y’all can see, I got hooked.

[A]: I’ve stuck with the game because it’s pretty fun and got addictive pretty fast. Like who doesn’t want to make dragons, fly them, make your own defensive base, attack other players by doing runs or having wars with other teams and cause trouble here and there. Also, I like strategic games! ;P

People know you in the community as an expert base-builder.

How did you develop so much knowledge in this aspect of the game?

Well, I’d like to thank a member of the Creators Faction, Marksimus. He helped me out with my base when I was a lower level a.k.a. a NOOB. He gave me suggestions on tower placement. (He was a high level, so why not listen to him? He must have some knowledge?) I did what he suggested; it raised my base defense. Then I just started to wonder why is this here or that there, etc… So I started to catch up on what each tower did by looking each one up by tapping on the tower and reading their descriptions.

What are some of the most common mistakes you see others make when laying out their  base, and how would you correct them?

Another mistake is having too much of a certain tower, for example Lightning Towers. They are pretty strong, but having all five in one island? No! Try spreading them around with two on one island and three on another.
HELPFUL TIP: Lightning Towers seem to have a long range attack; make use of it and try to put them in back of any long island.

Last common mistake: thinking that a long base is a good base.

NOPE! Try to shorten it by putting some low level towers into storage, and keep the high level towers on the field.

As a member of the War Dragons Creators Faction, what are you currently up to and where can people follow you online?

[A]: Currently I’m up to no good… (jk lol). I’m trying to create a guide based on RUNES for our website WarDragons.info. People seem to have issues with them on how runes work. I’m not a rune “expert,” but I’ll be trying my best. This will be hard work since there are so many rarities and varieties. Please don’t follow me, don’t want any stalkers. ;)

Editor’s Note: Adored hosts many of his guides at wardragons.info, and check out his Instagram for updates!

[A]: Seeing the team name, “Originals 2.” I think I get the idea on why they did it but I just find it funny.

[A]: My goal is to finish that guide on Runes A.S.A.P. and get all these newly released dragons, but I seem too far away from it. I also try to have equal level towers (currently have different level tower ranges from level 20-30).

What do you spend your time with when you're not playing War Dragons?

[A]: I spend time playing with my dogs, going on a date or two with my girlfriend, keeping up with my younger brothers long distance, antique shopping and just trying to have fun. I also audit bases and make guides and tutorials for our website, WarDragons.info.

Considering this Winter 2017 season's Divines, which do you like the most and why?

[A]: Tarand since he has two main resists, Cannon and Fire Turret Resist. Players seem to have many of these towers in the bases, which raises the value of these resists. That white “Explosive Shield” has saved my live a few times along with “Intimidating Roar.”

Do you have any New Years Resolutions you're trying to keep up?

If people want to connect with you, what is the best way for them to do so?

Big thanks to Adored for participating in our Dragon Lord Spotlight, and for all you do for other players!