Maya and Rashka arrive in the lush jungles of the Glowing Cradle!

Interlopers to the Glowing Cradle, though already prepared for the harshness of the jungle, are often astonished to find things nobody could have anticipated, let alone prepare for. Creatures long thought to have been extinct; plants, as beautiful as they are perilous, and worst off - beasts of myth, whose mere silhouettes cause even the bravest to reconsider their life choices...

Rashka, the Jungle Demon, will join the Lotusbloom Season with a roar so horrifying, that it can only herald imminent destruction. Be wary, as more details about this Dragon are coming soon! 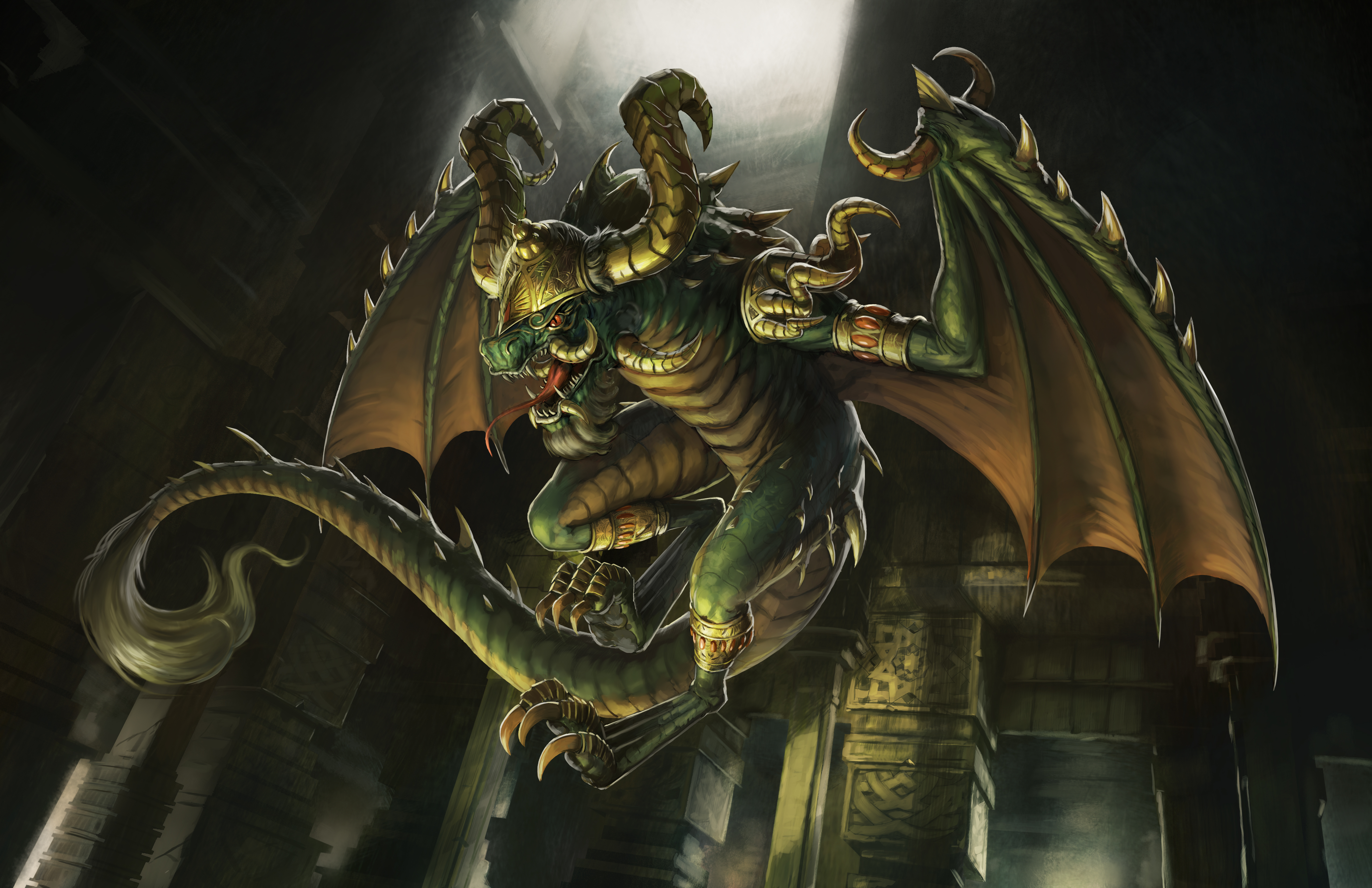 Wander not into the wilds at night, lest the jungle hunger for your flesh…

Deep in the lush jungles of the Glowing Cradle, in the forgotten places and hidden ravines, lie ruins of an ancient, lost civilization. For the most part, these cyclopean ruins contain dust and eroded carvings and little else. But some of them, in the furthest reaches of the foreboding jungle, are home to something else. Something forbidden, and demonic.

Changes Resist type on use and restores a small amount of rage.

Rashka’s primary offensive ability is Grasp of Darkness, which heavily damages a target tower. Grasp of Darkness has no cooldown, so Rashka’s destructive power is only limited by its rage. As a result, Rashka’s spell kit features ample rage generation.

Rashka’s main defensive spell is Demonic Ambush, which cloaks Rashka and massively increases the dragon’s rage generation. Casting spells will not break the cloak, so Rashka can spam Grasp of Darkness for the spell’s duration.

Rashka’s main weakness is Blue Mage Towers, as they both block Demonic Ambush from casting and cancel an active Demonic Ambush if Rashka flies too close. Their supershots freeze passive rage generation, which makes Blue Mage towers the top priority target, and any Grasps of Darkness should first fly in their direction.