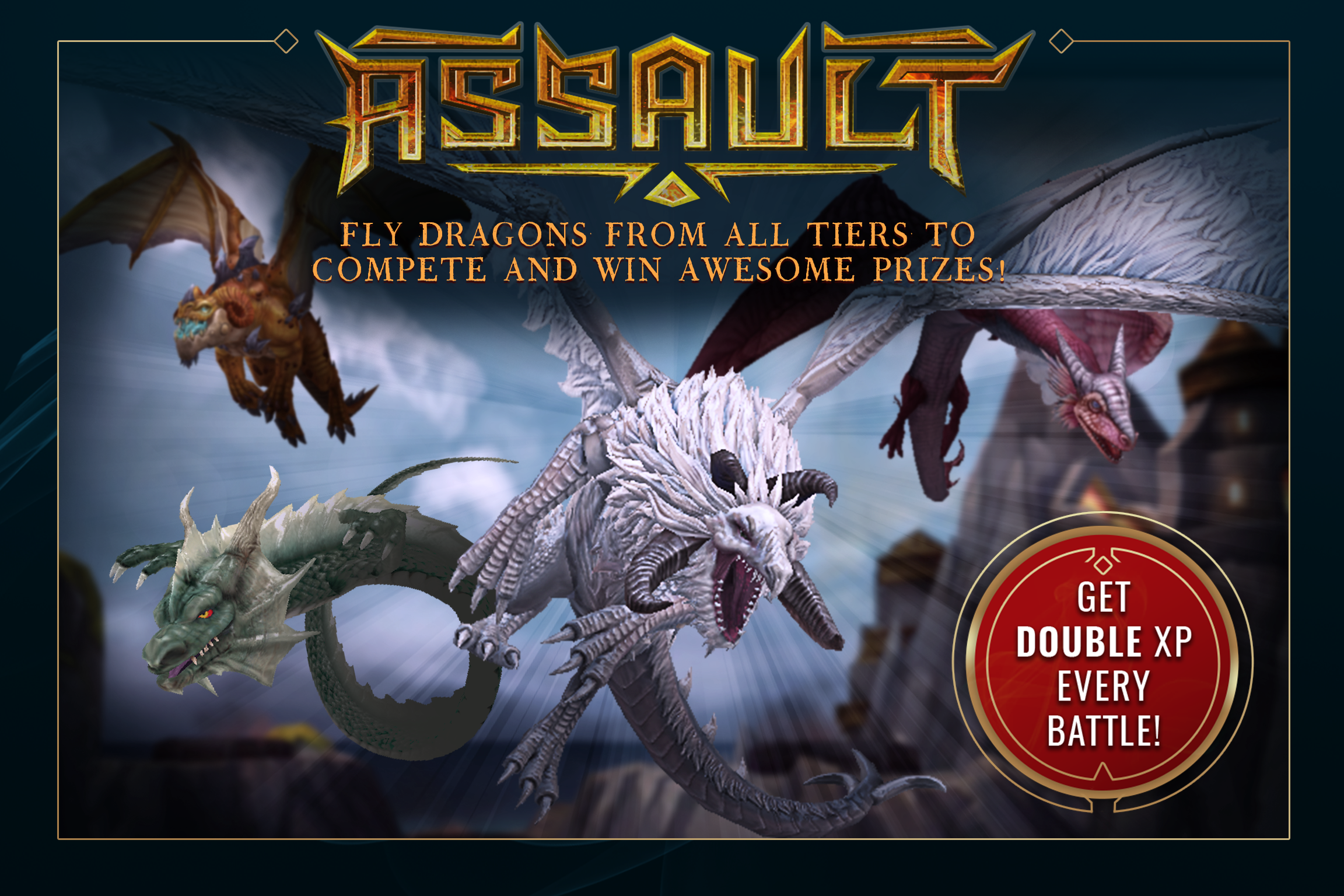 As many of you requested, the Assault event is returning to the game. In this event, get ready to prove that there’s no one better than you at flying dragons! To celebrate the return of this event, we’ll continue the energy discount from the last Assault run (each attack will cost only 2 energy) and what’s more, the XP gained in your battles will be doubled!

In addition, during the Assault event, we’ll be hosting the Breeding event as well, each with its own rewards and leaderboards. We hope you’ll have fun in this multi-event week!

How to Assault - The Basics

Just like in the past, the Assault event will consist of 14 base tiers, with 6 bases dedicated to each tier, totalling 84 different bases. Like in a Temple Raid, players must fly a Dragon of the same Tier to attack a given base. For example: blue tier dragons can fly against blue tier bases, but orange tier dragons are not eligible. For an added challenge, dragons from one tier below are eligible to fly against the tier above for additional points. For example, you can fly a purple tier dragon against a blue tier base. If the base is successfully destroyed, you would receive more points for successfully using a lower tier dragon.

In order for a base to be considered “cleared”, players must destroy 100% of the base with up to 3 Dragons. A 100% destruction will clear the base and unlock the next available one to attack.

Players will earn points by attacking these bases based on several factors, which are calculated with the following formula:

The overall event score is based on the sum of the highest score for each of the 84 bases. Some bases may not be attackable if players do not have the dragons in these tiers.

The 84 bases unlock in succession once the base before it has been successfully destroyed at least once. After 2 bases in a given tier have been defeated, players will reach a check point, so you’ll reach one every 2nd, 4th, and 6th base you beat each tier. Every 6 hours, progress resets back to the last achieved checkpoint. Be sure to reach a check point before logging off, as this could push you back slightly between these 6-hour rounds!

There will be an energy system in use for this event, like other PvP events currently in rotation. Each attack on these bases will cost 2 energy that restores over time. The energy cost will reset every 24 hours from when the Battle Phase begins.

Leaderboards for Assault will be broken down into various leaderboards based on the following features of the event.

In the Assault event, you’ll receive two different kinds of prizes. You can receive Check Point Prizes while progressing through the event and the Leaderboard Prizes granted to the best Dragon Flyers - those, who bred many various dragons and have proven they can make the best usage of its roster’s skills. 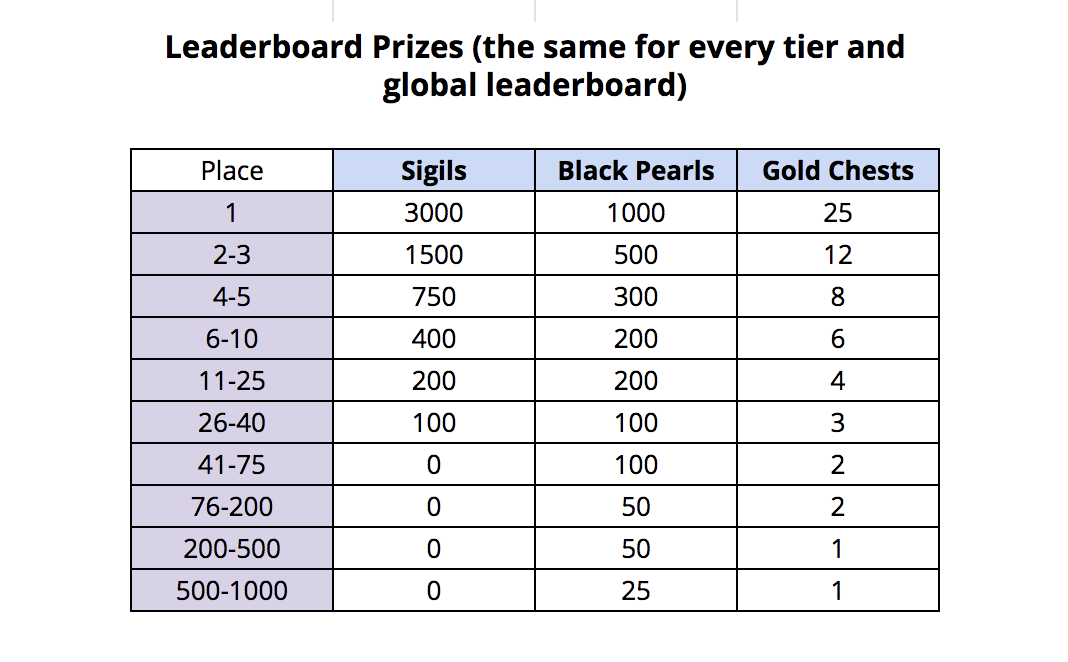 All the prizes listed above are specific for the Assault event, so they’re parallel to rewards from the Breeding event. It means you’ll be able to receive prizes from both events upon reaching their unique goals.

When to Get Ready

Ready for the return of the Assault event? Fly over to the official War Dragons Forums and discuss with the War Dragons community!