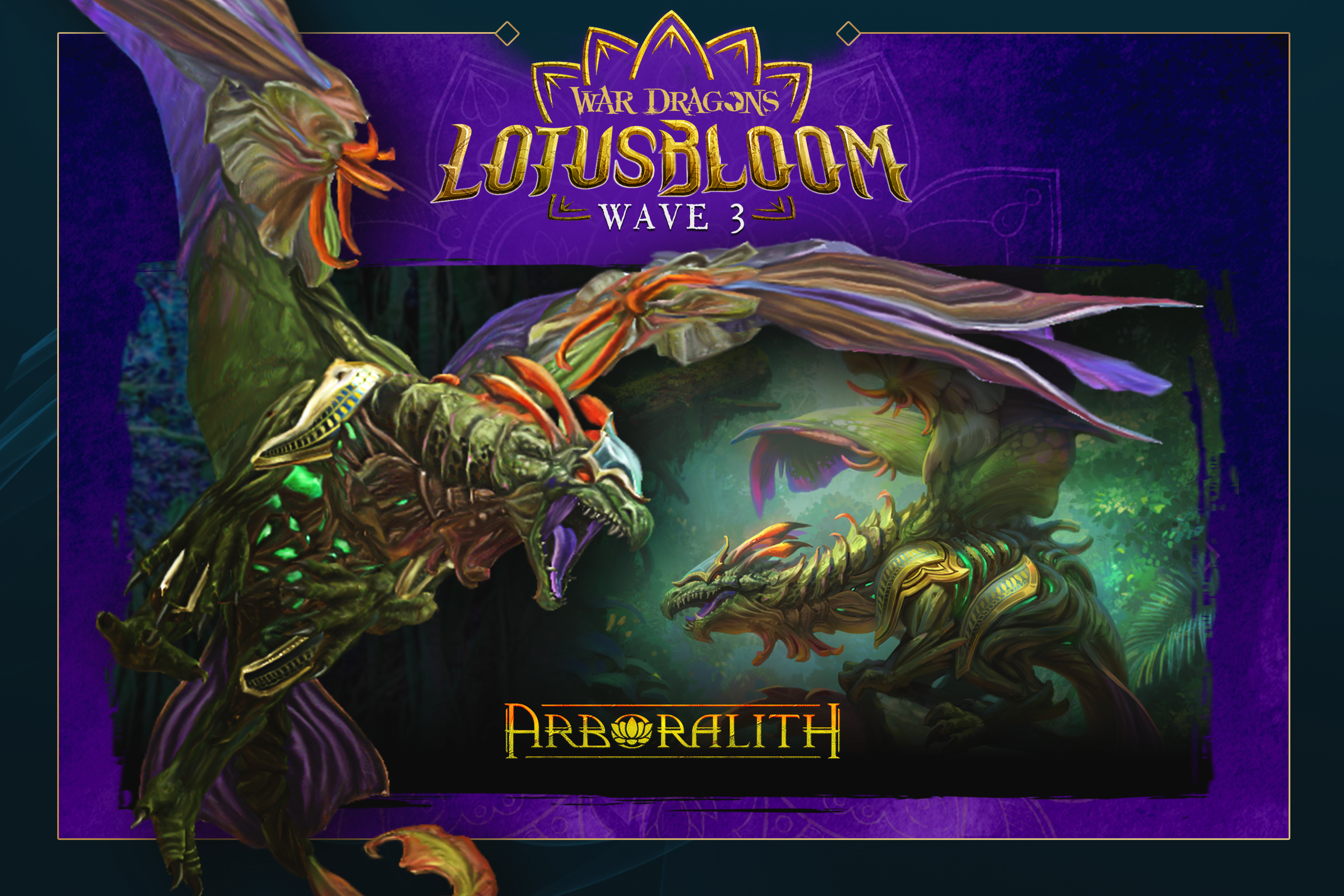 There's a rumbling in the canopy, suddenly the forest splits open with a terrible sound; the LotusBloom Festive Dragon is coming! Arboralith emerges from the mysterious wilds Glowing Cradle drawing power from indomitable nature itself. Welcome Arboralith, Nature Incarnate, into War Dragons as this Season's Festive Branch. 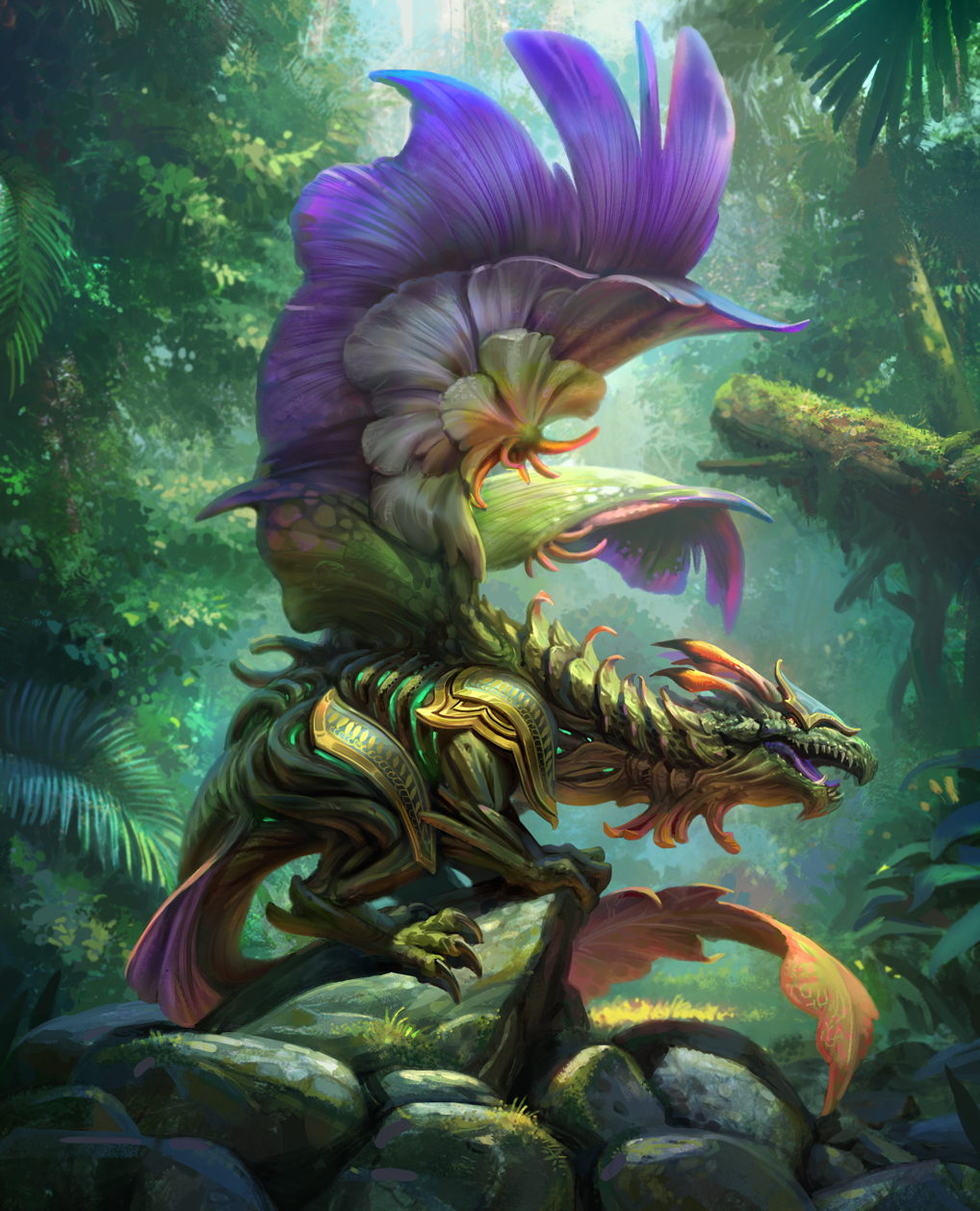 The mythical heart of the forest emerges once more.

Many Dragon Lords won a great deal of glory and fame early in their reign thanks to Arborius, a wise dragon with considerable power. As time went on they tended to discover and bond with new dragons, accomplishing much as their kingdom and team grew in power and influence. Yet many kept fond memories of Arborius as the years went on. There was, therefore, an immense joyous reaction when dragon researchers announced the discovery of Arboralith, a distant cousin of Arborius, who dwelled in the wilds of the Glowing Cradle. Some Dragon Lords even immediately set forth to see this newly-found dragon for themselves, and their nostalgia was rewarded when they beheld the beauty and raw natural power of Arboralith.

Arboralith is a tanky warrior whose spell kit features diverse types of utility. Arboralith’s primary spell is Aegis of Nature which, on first cast, shields the dragon and increases its breath damage. If Aegis of Nature is recast before the shield is broken, it will explode, damaging nearby towers and reducing their damage output. The bonus breath damage is lost when the shield detonates, so try to preserve Aegis of Nature for as long as possible before recasting the spell.

To further mitigate incoming damage and block mage tower supershots, Arboralith has Overgrowth, which destroys all mid-air projectiles and freezes nearby towers for a long duration. Note that Overgrowth does not deal damage. Arboralith heavily relies on Aegis of Nature’s bonus breath damage and explosion to destroy bases.

Arboralith’s final spell is Super Rejuvenate, which heals the dragon for a moderate amount over a short duration. Super Rejuvenate has no cooldown, and its short duration makes it difficult to disrupt with Blue Mage towers. Try to squeeze in a heal whenever the spell is unblocked, especially when flying between islands.

Will you be able to harness Nature Incarnate or will you succumb to the wilderness to become mere feed for the earth? Fly on over to the official War Dragons Forums to discuss the newest LotusBloom branch with the community!