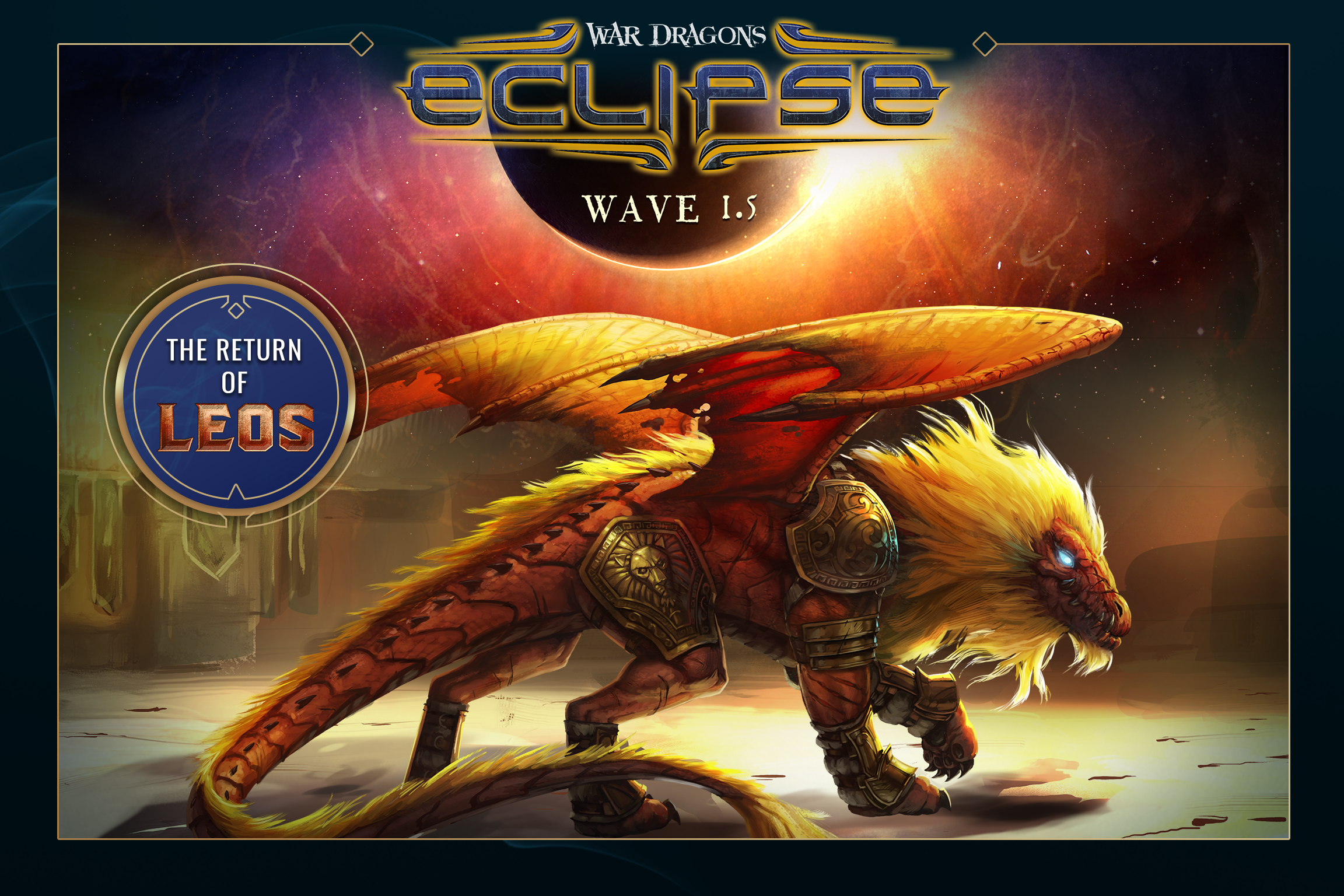 Note from the War Dragons team: we’ll be foregoing the traditional branch announcement blog post to try a new style of blog post called the Designer’s Journal. This is where we allow the Designer to address players directly and give some insight into the WD team’s thought process when doing something new, or if we have something interesting to share. Without further ado, PGLawson’s note to the player base about the Leos Resurrection Branch is below!

Hey everyone! We were delighted to hear everyone’s excitement about the return of Equestor, so much so that we wanted to resurrect another Season dragon from the days of old! There’s a fair amount I want to cover here, so here are three categories I’ll be discussing:

If you can’t already tell, we’re bringing back Leos for our second resurrection branch. Leos was the second runner-up to a poll we published to the forums awhile back, and we also noted how much players enjoyed Leos back in the day. That said, to say Leos has a dated spell kit is an understatement. We’ve made a few buffs to the dragon, though Leos’ play pattern is intended to remain the same.

We’ll be making the following changes to Leos:

We felt that simply resurrecting an old dragon with no changes to its spell kit would be in poor taste. The dragons from years ago are quite different from those we release today, and we wanted our resurrected friends to have a fighting chance in the modern days of War Dragons. However, we wanted to preserve how Leos (and Equestor) play. If you flew the dragon when they first released, they should feel the same now as they did then. Leos may still struggle a bit with modern tower configurations, but we feel it’s incredibly important for players to not have to learn new mechanics for resurrected dragons. Those of you who obtained Leos or Equestor did so because you wanted to fly the dragon (or get Leos’s runes), and we felt that giving the dragons completely new spells would destroy their essence: what makes them...them.

Speaking of runes, I should probably address the flaming lion in the room. Simply put, Leos’ original branch launched with some very powerful runes. The dragon’s Mythic Rune of Pride is the strongest rune-based source of dragon HP in the game and, quite frankly, we’re not happy with this. If we could go back, we wouldn’t have released such a powerful rune, as those with the rune have something that players who passed on Leos’s branch cannot obtain. Over time, we’ve slowly crept up rune power to be closer to the Mythic Rune of Pride, but we’re not close to matching that rune’s strength. With all this in mind, we won’t be re-releasing Leos’s original “Runes of Pride,” and instead Leos’s resurrection branch will offer new runes that boost Blazing Shield’s duration and dragon HP (to a lesser value). Here’s a sneak peek:

With the upcoming release covered, I’d like to now look forward. Honestly, we’re not sure what our plans for resurrection dragons are after Leos. We’d like to wait and see what you all think of the new and improved Prideful Predator, so I don’t want to speak to how we’d select a new resurrection dragon, or how significantly we’d need to buff that dragon to ensure its viability.

I’d like to thank everyone for tuning in, and I’m curious what you all think. Are you excited for Leos? Did you like Equestor? Who would you like to see resurrected next (if we go that route)? Feel free to message me on the forums with “@PGLawson” and I look forward to hearing everyone’s thoughts.