We're closing out the year by putting the spotlight on player LegionSlayer13! He has done an incredible job of cultivating a team and family where helping others comes first. Read on to learn how Legion also creates awareness for real causes within the War Dragons Community.

[A]: Level 195! Our team is the one and only BloodNBonez, and we are in Sapphire league, which changes weekly. 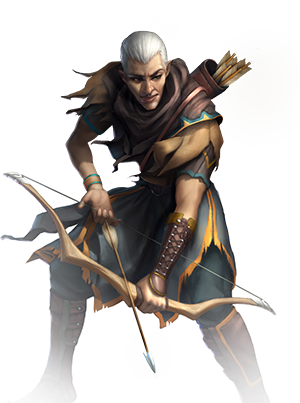 [A]: I have been playing for almost one and a half years.

[A]: I love war games that incorporate fantasy with strategy, and I've always loved dragons so I fell instantly in love with this game. I'm "Old School" and used to play Dungeons and Dragons as a kid - I mean come on, who wouldn't want to burn things to the ground with one of the most feared winged beasts of them all: the Dragon!

[A]: Once I created our beloved team BloodNBonez, it became clear to me that I had found some of the best teammates who I now call Family. My fellow warriors have stuck by my side, through thick and thin, and have been very loyal.  I have actually made some good friends and have met several of my teammates in person. One of my ofﬁcers Kryptthng, and now lifetime friend, lives in Vegas and came to California on vacation. I opened up my home and had him stay with me to save him money on hotel and lodging.  Krypt has been by my side and my right-hand man helping me build BloodNBonez into a top 200 team in the world. He is an amazing player and has helped so many members grow into great warriors.  He has been an amazing asset to this team and I would just like to thank him: "Krypt, love ya buddy you are awesome."
So I'd say the camaraderie amongst our family keeps me coming back for more.

Your friend, Archivist, let us know how passionate you were about raising awareness for different causes!
Can you tell us more about what types of causes you support and how you rally other players behind them?

[A]: I'm always trying to make the game fun and exciting for all of us, so during Breast Cancer Awareness Month, I chose to raise awareness by having all members of our family change their avatar to Pog, because of the color pink, and Unknown Soldier if they didn't have the Pog avatar. The Unknown Soldier to me represented that cancer can affect anyone at any time, so it really was unknown who cancer could strike next.  I even had many other teams sharing the idea with their teams and had several of the teams in our league adapting the idea. It was really cool the amount of attention it was receiving.  Sib, one of my team members, who is now a life-long friend, lost a leg to cancer but ultimately beat it. So just a shout out to you: much love girl.  She is such an inspiration even though she lost a limb it didn't keep her from chasing her dreams!  She plays basketball from a wheelchair and competes at a high level.  I've even driven up to LA once to watch her play, and she can ball!!  Looking forward to watching her play again next time she's down.

Where does your inspiration for charity work and awareness generation come from?

[A]: I've always had a big heart and if I can help someone in need, or make someone have a better day, it's something that brings me great joy. For example, last Christmas after my three-year-old daughter and my six-year-old son opened their presents we spent Christmas day feeding the homeless. I had made a huge batch of my delicious homemade bean and ham soup that we put into Tupperware. We packaged up 30 bags that also included new socks, a toothbrush and toothpaste, Christmas cards with money, gloves and cookies, then spent the day driving around to ﬁnd 30 unknowing homeless people that were just amazed that I found them and brought to them a little Christmas magic. It was something I'll never forget!

Archivist also says that you "make it your business to help others, both players and other leaders alike."
What are some tips you'd like to share for other leaders in War Dragons?

[A]: I set up a group chat over 10 months ago called the Secret Society that has several teams leaders and ofﬁcers and very knowledgeable players, to share tips, gameplay advice, make connections, and help one another grow. sometimes I even spend days joining up with other teams for a few hours to help them with wiki pages, share advice , see how they run things to see if I could learn new things from them as well as pass what we do to be successful .  It keeps things interesting and it makes me feel good that I can help others grow and give them advice to help them with the success of their teams. Just keep things fun and always try new things and ideas. It shows commitment. Also, do your best to lead your team and help as much as you can to the lower levels on your team. Delegate to ofﬁcers so you don't have too much on your plate.  Remember you can't do it all by yourself and there's no “I” in team!

[A]: Some of my favorite moments have been times I've placed really high in events. I was even Top Ten in the world a few times.  I also had a successful merger with a great team who I always admired Wolfpak!  DragonLilly, who was the Wolfpak’s leader, became a close friend and her core players and ofﬁcers decided to join forces with us and really brought out the best in us!  They were amazing addition to our team. Lilly, C1AO, Fairfacts, Disco, Dion amongst others all were very active and communicate in team chat. It was a great moment having them join with us. Love you guys and thank you for all that you do and your hard work and commitment!

[A]: I've met so many great players from around the War Dragons community, but I would like to give a shout out to a few special players that stand out in my mind. Punker and Maddox two close friends of mine for over 10 years , Kryptthng , Syb, Sibila, Bonezkilla, Saturn, DragonLilly, Force, C1AO, Fair, Disco, Lethion, Topsybunny, SageOne, Kaza, Elwally, SonofDurin, CrownX, Red, Mission, Forbsy, LX460, Kio, Archivist, all the members of BNB -- all of these players have helped me in so many ways and have went out of their way to spend countless hours getting to know me -- much love and respect!

What is one change you'd really like to see in the game?

[A]: I would really like to see more gold chest drops in the treasure-hunting portion other than buying them with rubies or spending tons of money. It would really be helpful to the players who don't have money to spend and get them more involved and active allowing them to have much more fun in events!  I can count on one hand the amount of gold chests I have found while treasure hunting.

[A]: I'm aiming for level 200 by the end of the Fortify event that's next up.   I really want a few Sapphire dragons in my arsenal. I just ﬁnished with all but two platinum dragons and I'm on to Sapphires. Anapa is my next dragon and I have half of his frags, at the moment.  I really want Hauheset and my next goal for medals is to hit 30 million! Another goal is to acquire ﬁve more players that are level 150 and above.  And my biggest goal that I have yet to hit is becoming a top 100 team in the world, but hard work and dedication will pay off. With a team like ours anything is possible!

What do you spend your time with when you're not playing War Dragons?

[A]: Spending time with my two beautiful children, Steve (7yrs) and Alaina (4yrs). They are my everything!  Working hard to make that money!  Hanging with my Doberman Pincher Pup Rogue - she's a sweetheart! I also love surﬁng and ﬁshing.

2017 is almost here! Do you have any fun New Year’s Resolutions?

[A]: This year I plan on landing a great job that I've been working on,  getting back in the gym and swimming,  eating healthier, stop vaping, and working harder to be an even better role model for my children.

Thank You from all of us at War Dragons for being a positive force in our community!