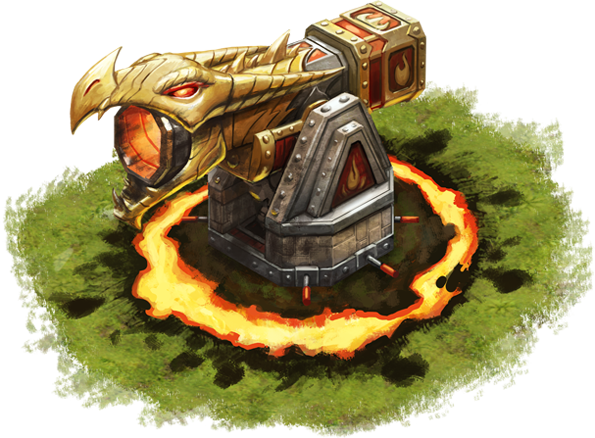 The Fire Flak Cannon is the second tower in the Flak tower series that harnesses the power of elemental energy. Here is a FAQ for this new powerful tower.

Ready to discuss the Fire Flak Cannon even further? Head to our forums at forums.pocketgems.com, Tweet us with @WarDragonsGame, or find us on Facebook!