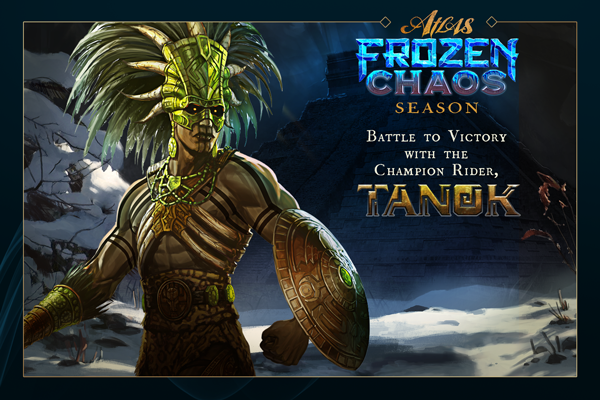 In addition, as a test, we’re making Atlas available to more teams in the game. This season, teams in leagues Gold 1 and above will be able to access Atlas. The Frozen Chaos season will bring in new blood and new competition!

On Thursday, December 16, Access atlas will be blocked from 10am-12pm PT, in order to prepare for the Atlas Frozen Chaos Season's launch.

More Mythic Gear is coming with the Atlas Frozen Chaos Season! Don’t forget, individual Mythic Gear pieces will need to be leveled up to level 10 to get the full Attack and HP benefits. Just a reminder, Mythic Gear is exclusive to Atlas Seasons.

EXOTIC GEAR IS BACK

In Strange Lands, we introduced Exotic Gear so that Dragon Lords can equip unique battle effects to rider gear. Since we saw these utilized by many players, this season we’ll be introducing 2 new pieces: Ring of Mortal Wounds and Helm of Defense. We’re also bringing back Sword of Healing and Shield of Rage, so players can claim an additional element type. Don’t miss out on these Exotic Gear pieces! They’ll help your dragons dominate the skies!

Rounds and Scoring for the entire Atlas Frozen Chaos Season will be made up of two-week rounds. At the end of each two-week round, the Leaderboard will update with Victory Points earned by each team based on the top 20 most valuable castles they own at that time.

We’re keeping the new Atlas Events Leaderboards for Atlas Frozen Chaos Season to see just which team is the most consistently dominant guild in our Atlas events! This Leaderboard will complement the existing Castle Leaderboard. With this new leaderboard, we will see the most active teams emerge during the Atlas Strange Lands season!

The Events Leaderboard will reward teams with points after each Atlas event. The points earned by a team is the summation of points based on individual players’ event achievement: 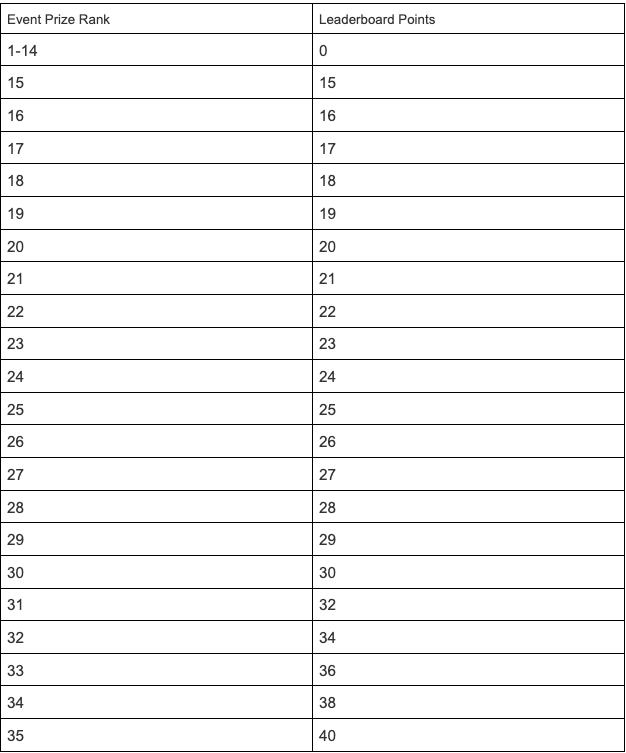 Please Note: Only the top 40 players of each team for each event will contribute to their team’s leaderboard points.

Make sure to share your thoughts on the Frozen Chaos Atlas season by flying to its Discussion thread!