Only the luckiest Dragon Lords have ever gotten a chance to see the Majestic Beast, Chunk, grace their isles. It is said that the beast only makes a pilgrimage to new lands around the first of April, when the spring sun starts to warm the dry, cold crust of the Earth. Chunk hails from an unknown region, popping up here and there, surprising the locals, and eating all of the nearby wood. Wood? That's right, wood! As much as the grace of Chunk may astound you, beware your wood-based structures, for Chunk can AND will take a bite out of anything he gets too close to.

The northern hemisphere of the Earth has just started turning towards warmer days. Therefore, you may be able to snatch a peek of Chunk before he's off again, as is his lonely and aloof nature. Dragon Lords will have the chance to witness this stunning creature for a short period of time this week before he recluses himself from the world once more.

Are you ready to behold the majesty of the almighty Chunk? 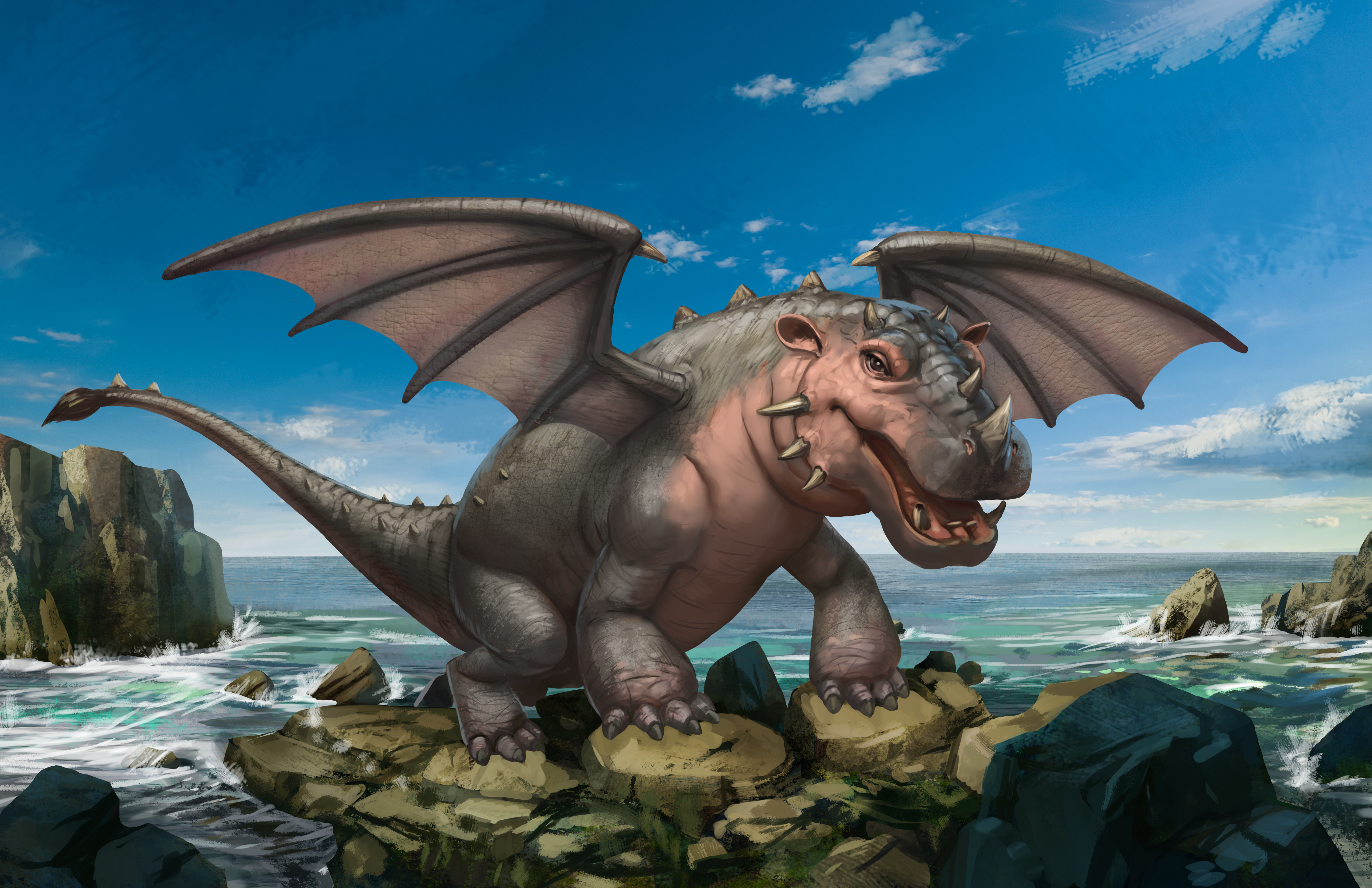 “Soaring through the sky, his grace is unparalleled.”

“An inherently peaceful creature, Chunk can often be found grazing on the outskirts of the Burning Sands. Not much is known about Chunk, other than the fact that, if you get too close, he’ll merrily disgorge a rather volumous amount of vegetation in your general direction. Perhaps it’s best to avoid Chunk.” - Milan Prosh, Draconic Research Academy Intern

Wow, Chunk is SO cool! How can I get him?

When a Drude and an Etzel love each other very much, a baby Chunk is born. Doesn’t look like much of a baby, though, does he.

Nope. This majestic creature will live in the Blue Tier forever. He rather prefers it there.

Chunk’s a hungry boy. How do I feed him?

Chunk has a strong craving for players’ excess lumber when leveling up and will devour any that you pass its way. Chunk enjoys meat as well, but only when he’s perched as there’s not a lot of wood heading his way up there.

Will I get points for feeding Chunk with Fortification?

Chunk likes to lead his own life; he don’t need no Dragon Lord, but he’ll be your friend if you ask nicely. Either way, this sassy beast will not be getting you points for Fortification.

For how long will Chunk be breedable? I can’t wait!

Chunk leads a busy social life and has his appearances to uphold. As such, he’ll only be available from March 28th to April 3rd. Make sure to pencil yourself into his calendar before then!

Who’s ready to deplete their lumber resources with the most majestic of Blue Tier Dragons? Let us know how you feel about Chunk on our Twitter, Facebook, and Instagram channels, and join the conversation about Chunk on our Forums. Be careful not to hurt his feelings, though.