We had tons of wonderful submissions come in from the community about what to name our newest dragon, and we really appreciate all of the hard work that everyone put in! After narrowing the names down to 5, the community had the opportunity to vote on their favorite.

Our mummy dragon will now be known as Anuba, courtesy of our contest winner, Kajjai! They came up with the name Anuba because it was derived from the Egyptian god, Anubis, who was believed to watch over the dead. Kajjai thought it would be a fitting tribute to one of the most well-known cultures that practiced mummification since the new dragon is mummified and returning from the dead to join the fight.

Are you ready to add Anuba to your collection?

This new sorcerer will rise from its tomb, scarabs and all, on October 25. Having just awoken from its slumber, Anuba is still weak, but this dragon feeds on destruction to power up! For every 50 million bases that players destroy during the Halloween celebration (Ending on Monday, 11/20), Anuba will grow in power. Anuba can possibly undergo three power increases — check out the chart below!
Players will receive word of the progress of Anuba’s path to ultimate power whenever 25 million bases have been destroyed.

Anuba will be available as a Bonus Branch in the Seasons tab, beginning at 60% of a regular season dragon’s price when launched. Be aware, though — the Dragon’s price will also grow with its rise in power. You may not want to wait too long before his maximum power is unleashed! 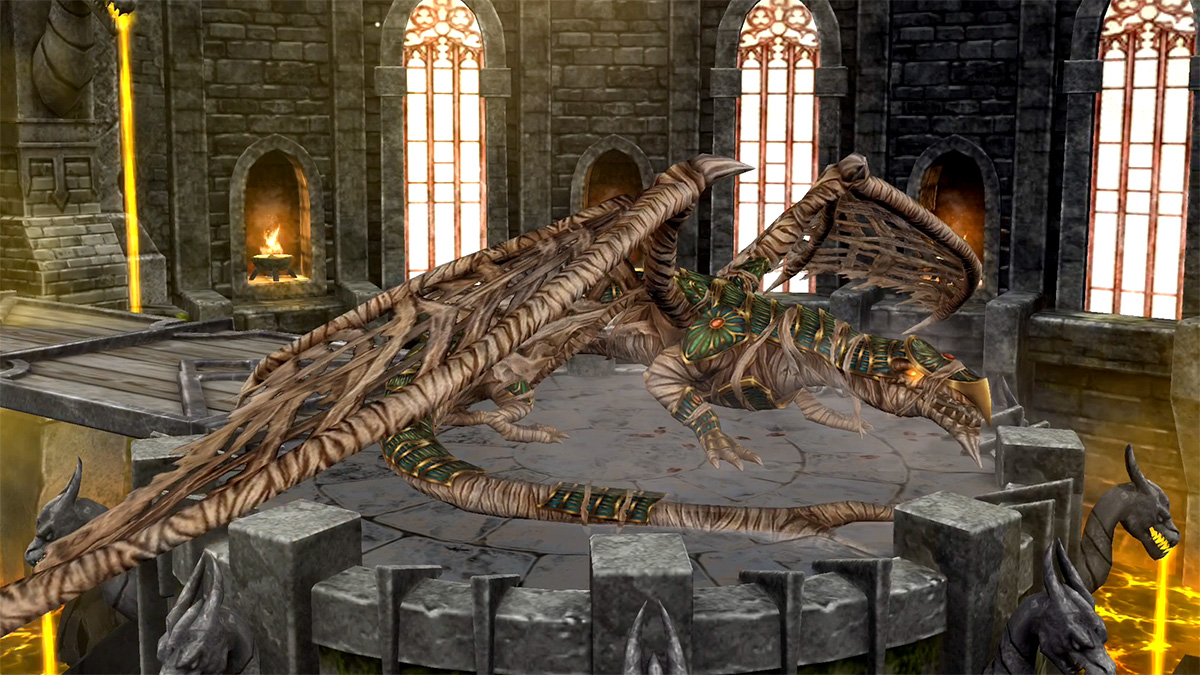 “Awoken from a forgotten tomb. This legend lives forever.”

Q: Is the power increase permanent?

A: Yes, whatever power the dragon ends the event with will be its lasting power level.

Q: If I buy the lower power dragon, will it increase in power?

A: Yes, the power increases will apply to all versions of the dragon purchased regardless of when it’s bought.

Q: How will the community be notified?

A: An in-game message and interstitial will be sent out to players every 25 million bases have been destroyed.

Q: What are the milestones for the the Anuba’s rise in power?

Q: Who were the random winners from the voting round?

A: Please help us congratulate Sebastian1106, NagaSakti08, MrGoober, lPersephone, and NyxOfTaured on their win from the voting round! They've each received a $20 War Dragons Value Pack. We would also like to thank everyone that voted to help select a name for the Unearthed Immortal. We love shaping the game along with you!

Looking for winners from Round 1 of "Awaken a Legend?" You can find them right here.

Let us know what you think of Anuba! Fly over to Twitter and tell us @WarDragonsGame.