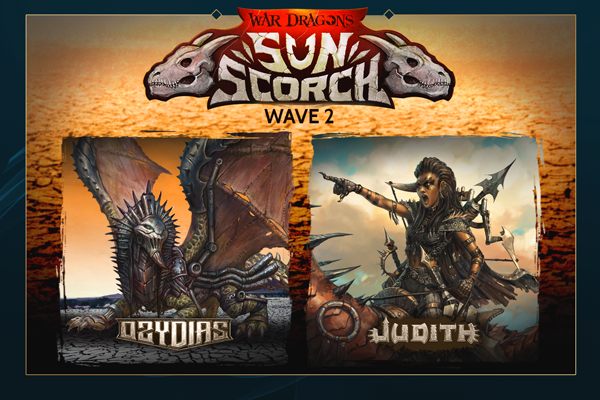 Death-seekers, adventurers, and unlucky souls that make their way across the sands of No Man’s Land may meet their end in myriad ways. Parts of the desert are motionless, without signs of life, and yet these unfortunate souls still feel the eyes of the unseen hunter lying in wait. Is it possible to get a chill running up your spine even when you’re fighting the unrelenting desert sun?

Ozydias and Judith will join the Sunscorch season in a furious sirocco of leather and metal. Look for more details about this dragon and Judith, Lady Deathspyre, next week! 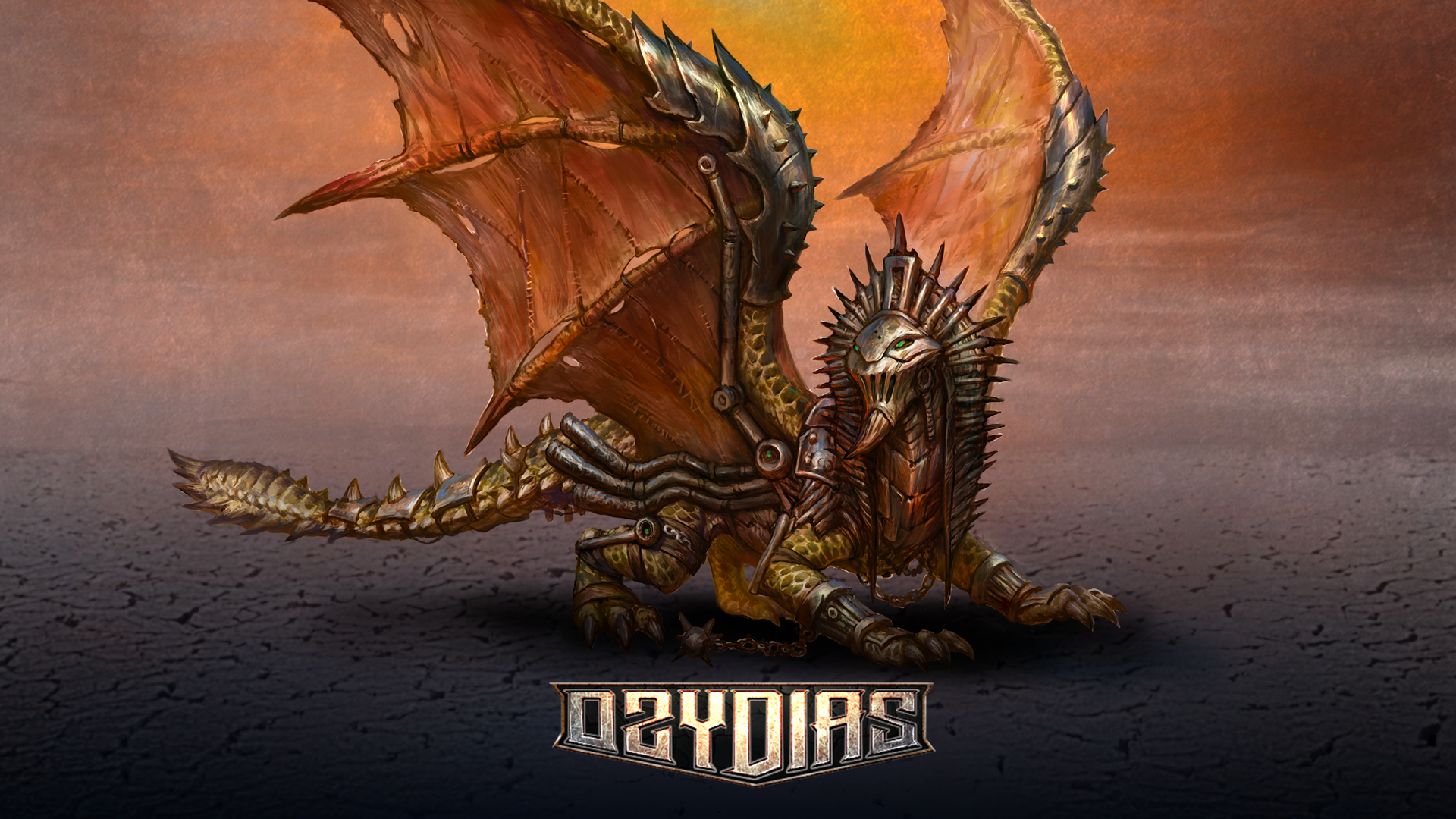 It can remain motionless for years at a time, waiting to ambush wayward travelers.

The weathered remains of a city fill the dusty basin in the depths of a barren desert. The dragon-poacher tribes to the north do not range this far, and the people of the hardscrabble towns to the south do not venture into the desert called No Man's Land at all. So the city is quiet.

Its crumbling arches and sand-swept stairs, all hacked from blackened rock, are not sized correctly for humans. They are a little too tall, a little too narrow. Something else lived here in distant centuries when this was a true city, alive and loud, and not a place now where the only sound is the wind.

Something does live here though. There! A half-glimpsed movement and the slight scrape of scales on stone in a collapsed dome on the eastern edge of the city, which forms a dark pit large enough to hold an oasis within. Instead of cooled water, however, the dragon Ozydias lurks down in the pit. Hushed wings propel Ozydias from time to time above the city, the dragon seeming to take care to preserve the city’s silence and its ruin.

Ozydias is a rage-hungry warrior who relies on its spells for destroying bases. This dragon’s name is a mouthful, so we’re just going to call them ‘Ozy’.

Ozy’s primary offensive spell is Corrode, which heavily damages and freezes towers in a moderate area. Corrode has no cooldown, so the spell can be cast in quick succession to nuke down mage towers or freeze most of an island.

Ozy’s main defensive spell is Blight, which grants the dragon an invincibility shield and protection from mage tower supershots. When the shield ends, rage marks are applied to all nearby towers. If any of the marked towers are destroyed, Ozy will recover a small amount of rage.

Ozy’s final spell is Desolation, which fires a chain-lightning bolt that heavily damages several towers. Desolation is Ozy’s most powerful tool for destroying islands, but any red mage towers must be dealt with first.

Ozy is incredibly Rage intensive and needs to carefully time its spells to capitalize on Blight’s rage mark generation. When approaching an island, cast Blight before completing the turn. Use corrode to destroy any red mage towers, and wait for Blight to end before casting Desolation. The chain-damage should destroy several towers and restore enough rage to repeat the combo. This spell sequence is particularly effective against short islands, though Ozy will struggle against long islands with multiple red-mage towers. 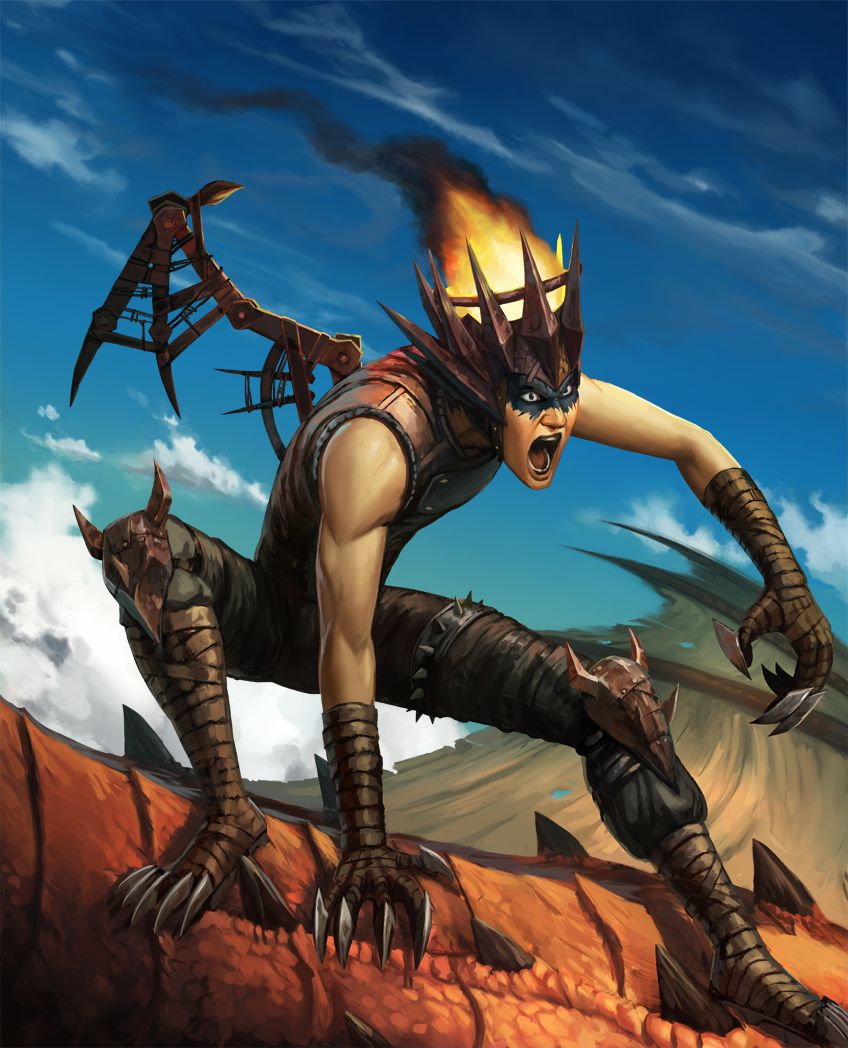 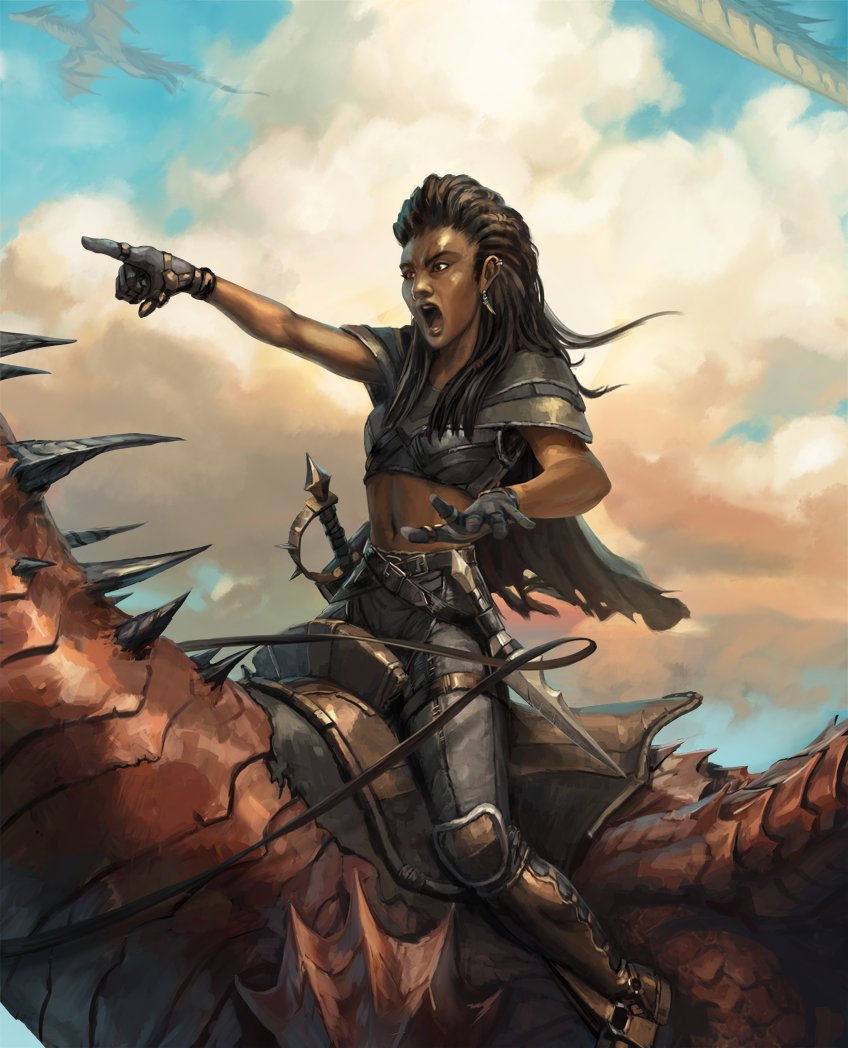 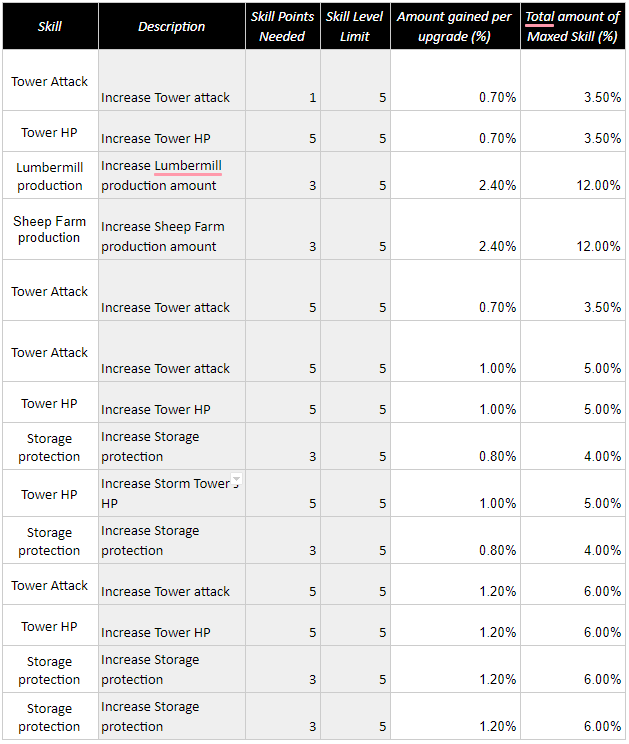