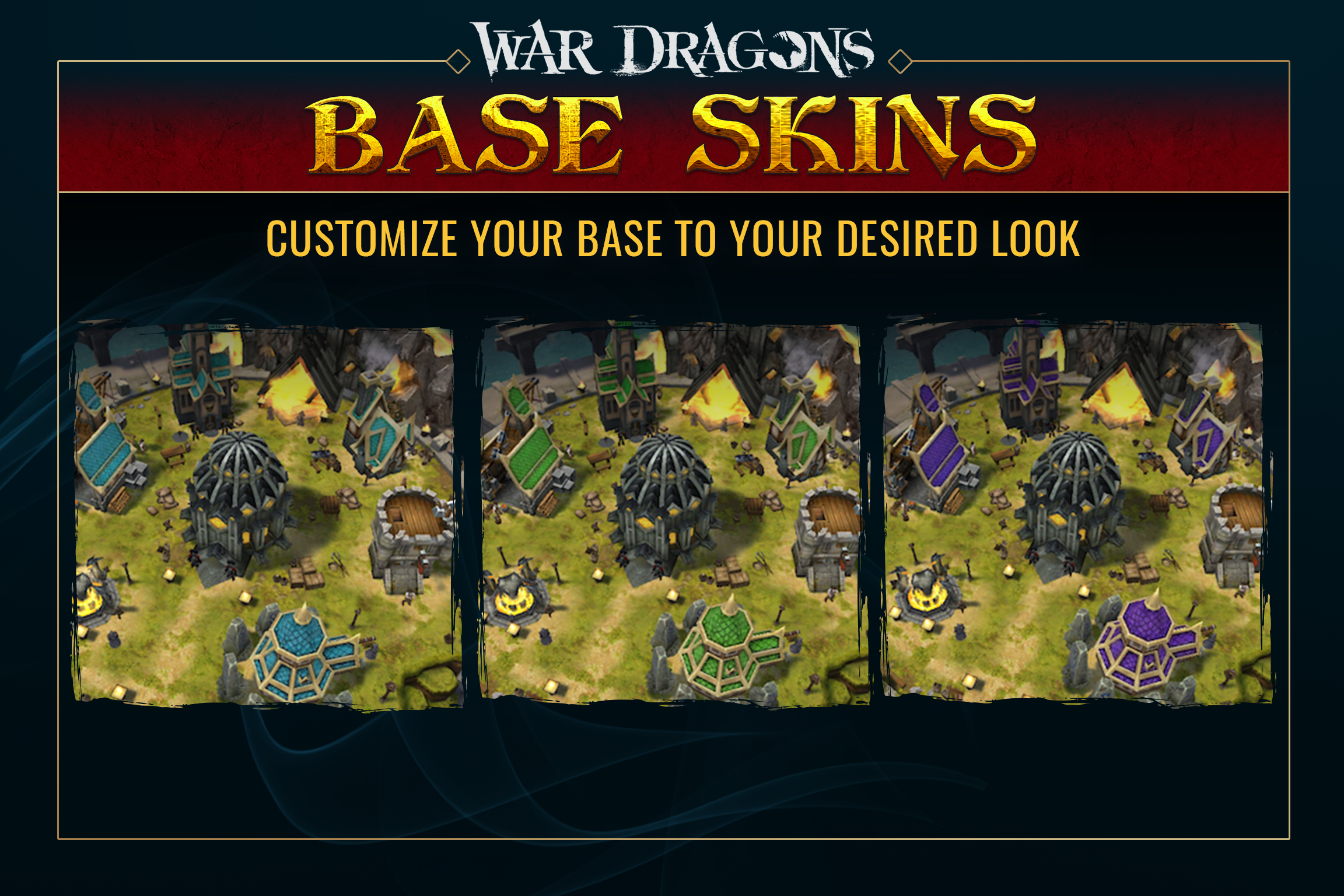 Base skins have been a way in seasons where Dragon Lords have been able to get a new sense of flair for their base that matches the theme for the season. This was nice to see but they were always temporary cosmetic changes and went away at the end of the season. Dragon Lords are able to choose their portraits or the dragon for the perch, but there wasn’t much choice for how Dragon Lords represented themselves with their bases.

Introducing the new Base Skins that will be available to Dragon Lords soon! Base Skins will now allow everyone to purchase or unlock permanent skins that changes how their base will look.

How do Base Skins work?

Once the feature is available, Dragon Lords will be able to navigate to their Profile section and select the “Base Skin” tab to swap their skins. Once equipped they will be viewable by base attackers and defenders; some older devices will have settings that will not allow for this due to graphics reasons. Base Skins unlocked from the previous Springbloom 2019 and Summerkai 2019 will automatically unlock if you have both Mythic Dragons from those seasons. For example, this would mean that you’ll need to have both Mythic Dragons from Springbloom 2019 for the Springbloom 2019 Base Skin.

How do I get Base Skins?

The green base will be unlocked by reaching level 50. The blue and purple skins will be available in two special Value Packs. Players who previously unlocked the base skin from Summerkai 2019 for owning both Summerkai 2019 Mythic Dragons will receive them automatically. Likewise, if you own both Mythic Dragons from Springblossom 2019 you will be able to unlock the base skin from Springblossom 2019.

Tell us which dragons you’re looking forward to breeding! Discuss with fellow Dragon Lords over on the War Dragons Forums!