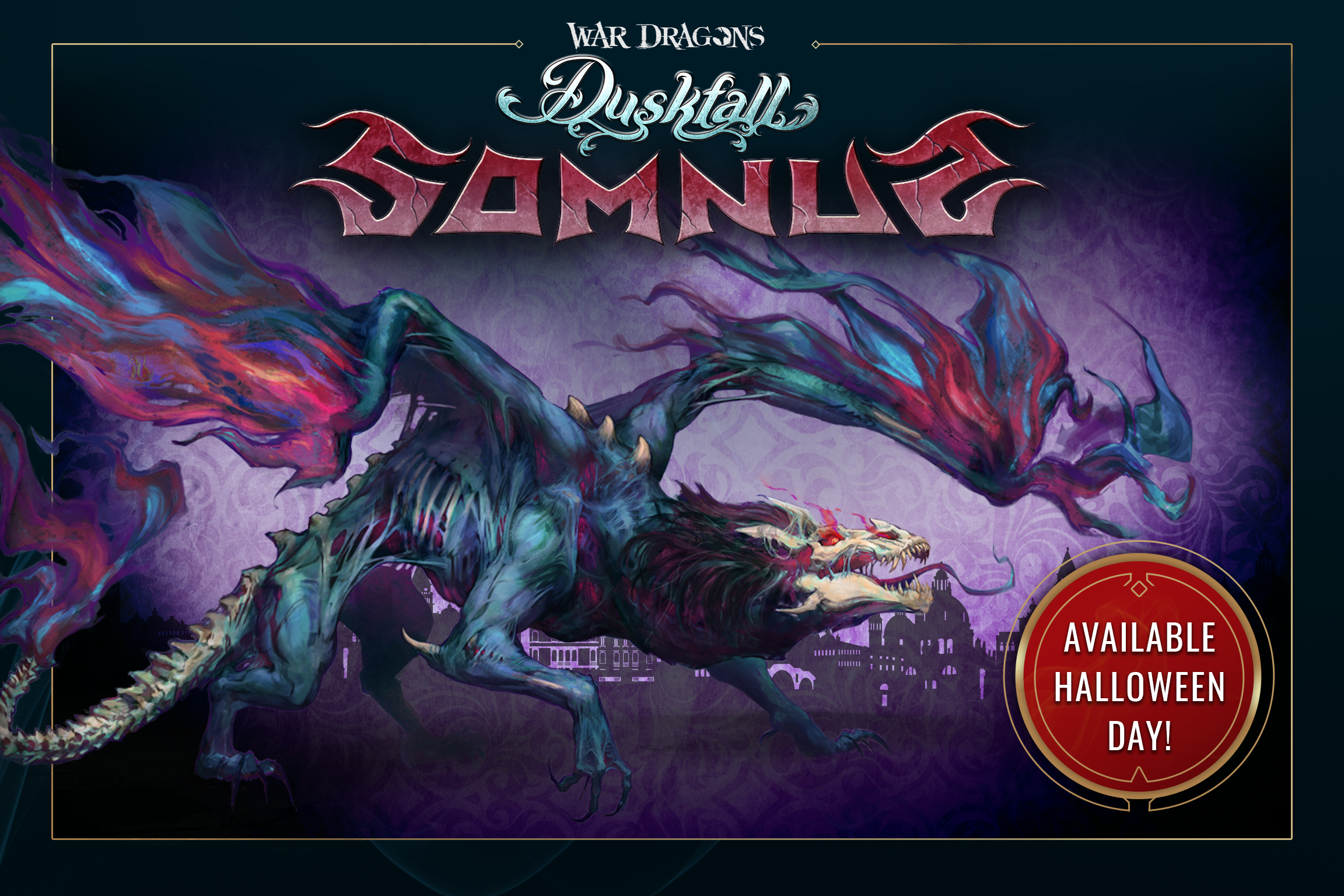 The darkest night is upon us.

No stranger to the dead of night, the mythical Duskfall Festive Dragon, Somnus, makes its debut in War Dragons. Beware the terrors that come out at night, for Somnus is the undead among the living...and they're coming for you in your dreams!

Somnus will be the final Dragon available in the Duskfall Season. Created entirely by the Dragons community, Somnus represents both the dreams of the people and the nightmares created from visions of its existence.

Take a look at how Somnus was co-created with Dragon Lords, from its first designs on Twitch, to its name and backstory:

By the end of the livestream, our first draft of the new Dragon looked like this: 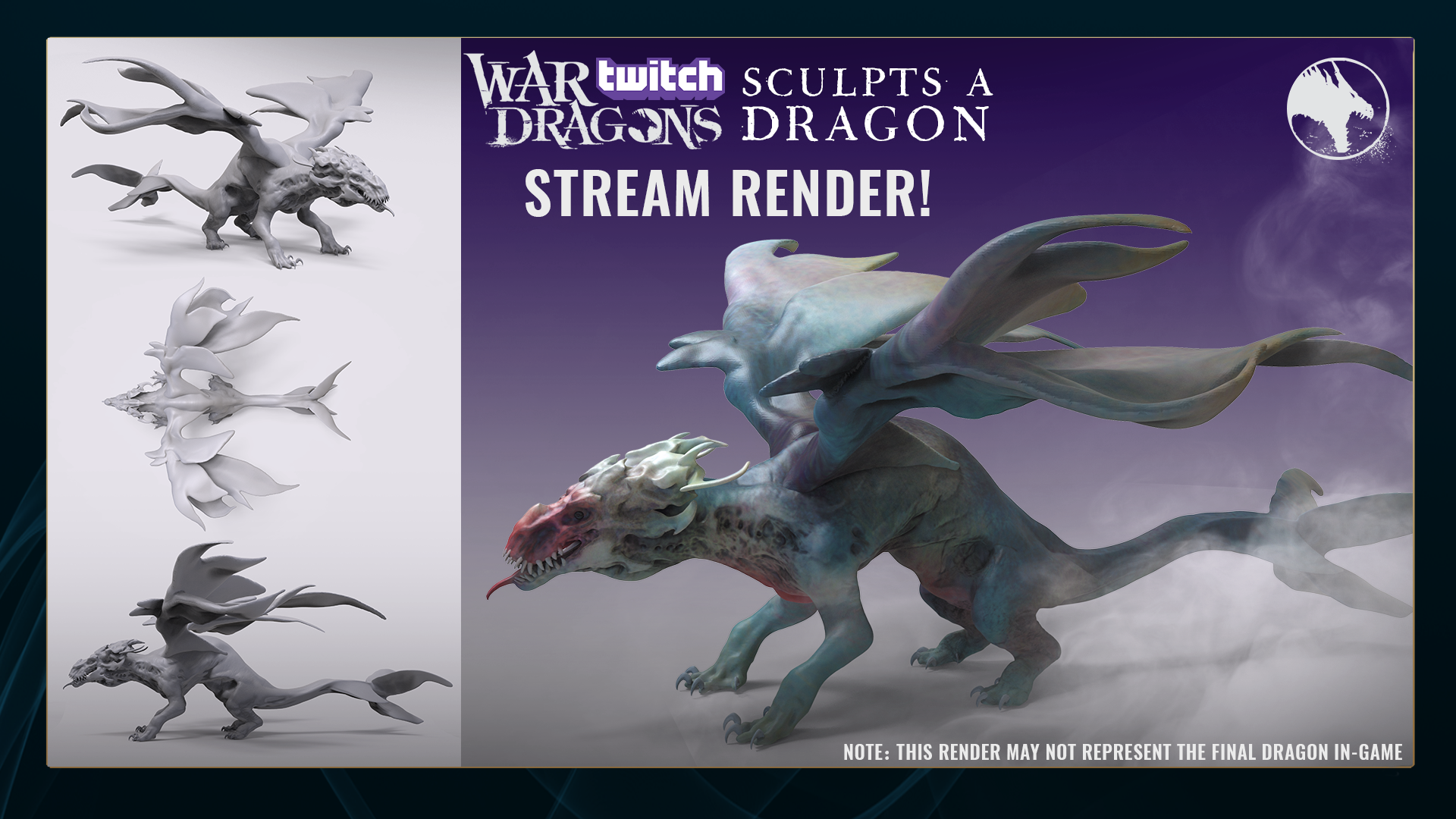 As the Festive Dragon of the Season, Somnus’ kit is built for major power against undefended bases. The Dragon would do well to have allies against defended enemy bases, so be sure another lurking terror joins them on their night ride.

Somnus will release on Halloween Day, when the spirits of the dead return to the Earth. With Somnus leading the way, will you be among the living after the night concludes?

To see Somnus in action, tune in to this week’s Dragons livestreams happening this week! Catch the show on Twitch this Wednesday (10/31) at 3pm PT and Facebook Live this Thursday (11/1) at 2pm PT! 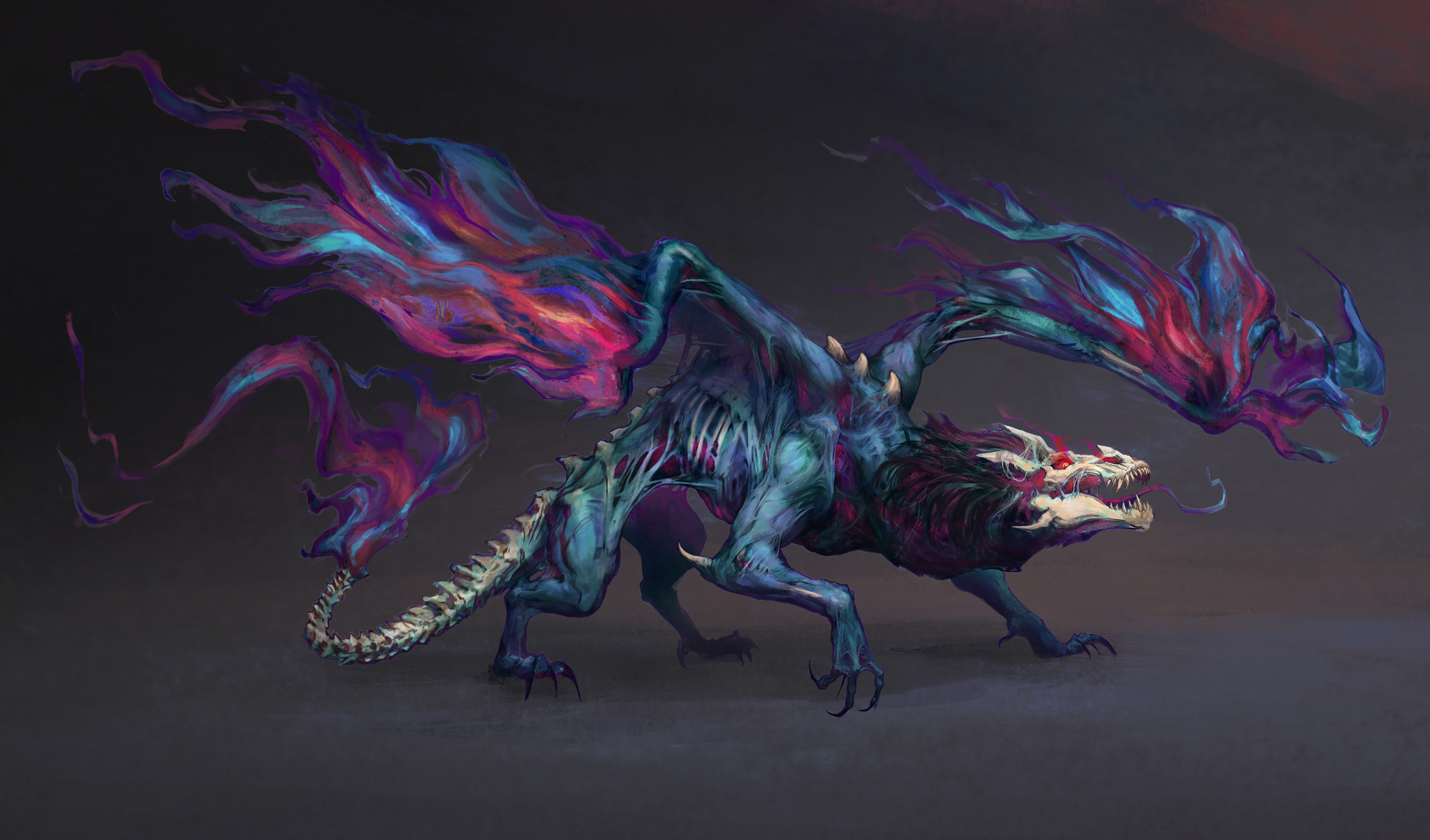 For many, Dragons bring awe and wonder in their wake. But for some, Dragons are creatures to fear, and that fear lives on in their dreams and nightmares. Somnus is a being born from those terrifying nightmares, an amalgamation of people's worst fears. Trapped in the realm of dreams, they stalk through the nightmares of dreaming humans, feeding off of their fear. As All Hallows Eve draws near and the veil between this world and others thins, many have awoken from a nightmare about Somnus, only to see a glint of sharp teeth or a glow of red eyes that slowly fade away, leaving only the unsettling feeling that one day soon, they will awake to a fully formed dragon ready to devour them.

Thanks to Dragon Lord StWalker for submitting the winning name and lore for Somnus!

Do you dare dream of mastering the Nightmare, Somnus? Head over to the official War Dragons Forums to discuss the latest addition to the Duskfall Season with the Dragons community.