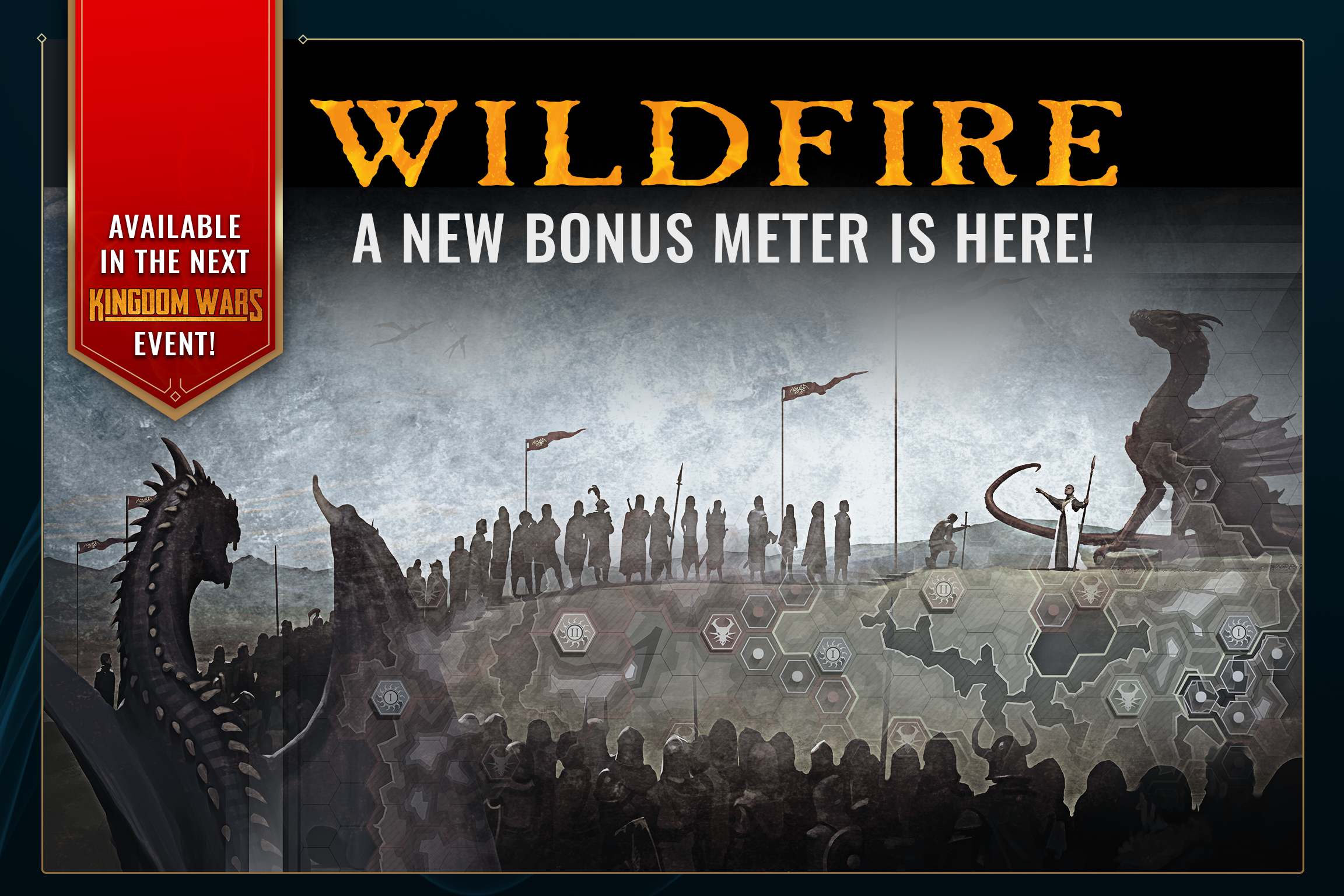 We’ve got A LOT to go through today! This week brings some highly requested features and updates to War Dragons, including a brand new bonus meter feature, changes to the Kingdom Wars event, brand new Runes, and more.

Want to see all of these updates in action? Join the Dragons Community team on YouTube Gaming this Friday, May 18th at 3:30pm PT for a demo and a chance to ask any questions you may have on these additions!

Wildfire is an all-new bonus meter feature that’s on its way to War Dragons this week! As one of our most requested features to return in PVP events, the Dragons team knew that a revival was a must. Now, we’re ready to unveil the newest feature: Wildfire!

Wildfire is a new type of event attack that Dragonlords can unleash upon their foes in PVP  events! Wildfire attacks can be seen on the attack screen for any PVP event. Like this! 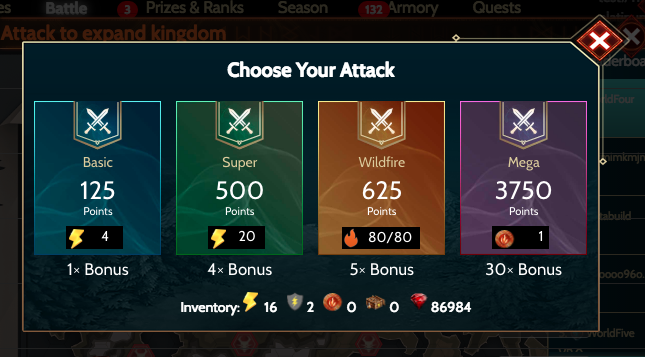 How can I earn a Wildfire Attack?

Wildfire attacks are earned by completing either Basic, Super, or Mega attacks. Just like in a War Attack, Dragon Lords earn flames based on the percentage of the base that they destroy, and the number of dragons used in the attack.

When a player has earned 80 flames, they can unleash a Wildfire attack!

Do different types of attack earn different numbers of flames?

Nope! Basic, Super, and Mega attacks all earn the same number of flames based on attack performance (mainly, how many Dragons were used to complete the attack).

How much does a Wildfire Attack cost?

How powerful is a Wildfire Attack?

Can I earn a Wildfire Attack in ways other than flames?

Flames earned in event battles is the only way the Wildfire meter can fill up and ultimately grant you a Wildfire attack!

If I fill up my Wildfire meter and keep earning flames without using the attack, will those flames count towards the next Wildfire attack I make?

Similar to other bonus meter features in other games, the Wildfire meter will not count any flames earned once it has filled up completely. Wildfire offers burst damage which can be useful to save for the end of rounds in Fight Pits, or other strategic scenarios. You can use your Wildfire attacks as soon as the meter fills up so future flames count towards the next one, or hold off and burst damage your enemies at the perfect time. The choice is yours!

Is there a set limit for how many Wildfire Attacks we can make each event?

There is no limit for how many Wildfire Attacks can be unleashed in each PVP event! Be sure to use your Wildfire attack when the meter fills, as flames put towards the Wildfire meter do not transfer between PVP events.

Will Wildfire be available in all PVP events?

The current plan is to implement the Wildfire attack in all PVP events! It will roll out along with this week’s Kingdom Wars event, and you can expect to see it appear for all PVP events going forward.

Can my teammates contribute flames to my Wildfire Attack?

Teammates that follow you in an event attack are key to earning more flames in battle. However, teammates cannot contribute flames from these attacks towards your meter, and vice versa. Likewise, flames are only gained from event attacks that you initiate.

Will flames that are earned outside of a PVP event count towards my Wildfire Attack?

No, only event attacks contribute flames towards the Wildfire attack.

Will the amount of flames needed for a Wildfire Attack ever change based on the PVP event or otherwise?

We’ll be watching event performance closely and listening to player feedback while Wildfire is active, and may choose to make adjustment in the future if we believe it needs some tweaking.

So where did this Wildfire feature come from, anyway?

From you! We decided that the Wildfire attack, as a spiritual successor to the Bonus Meter, would be the perfect addition to any PVP event. Wildfire allows all players the opportunity to unleash concentrated power upon their enemies! 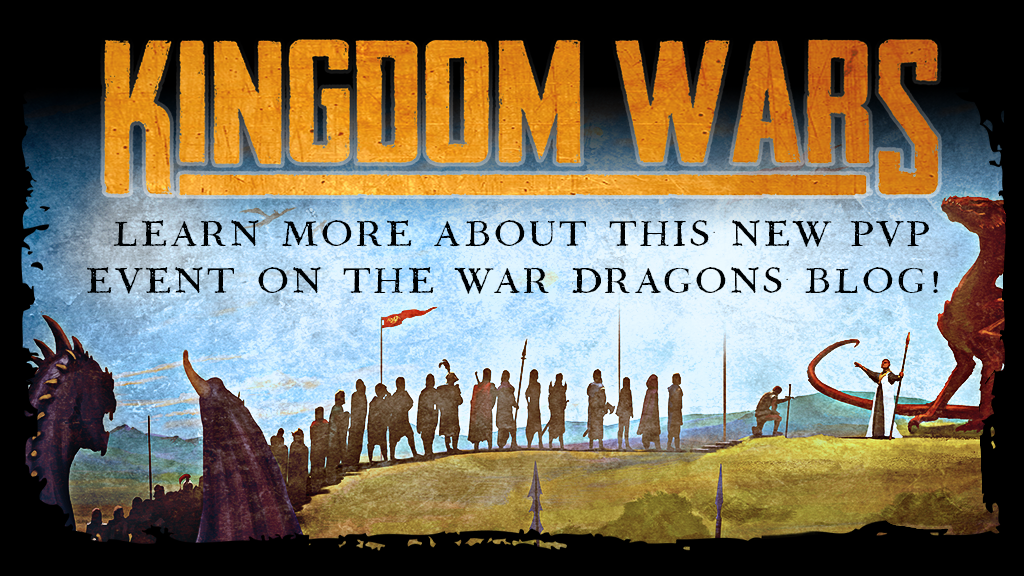 A few weeks ago, we released a brand new PVP event in the game: Kingdom Wars. As the event began, ran, and concluded, we received tons of valuable feedback from Dragon Lords on the event and how we could make it even better - so we did! Read on for our updates that are coming to the new event, Kingdom Wars.

We heard from players that rewards points could use some extra love, so we’ve increased all rewards points from PVE attacks across all difficulty levels in Kingdom Wars! Points will increase as follows:

Neutral territory is vital to a successful Kingdom Wars event. In order to give players a fair sense of progression and mastery on the hexagonal map, we’ve reduced the total amount of HP for neutral territories, Minor monuments, and Major monuments!

The HP for territories will be adjusted to the following:

Our first run of Kingdom Wars had multiple points on the map with a red color to symbolize attackable territories, enemy territories, and enemy capitals. We’ve updated the Attack Order Icon color to be a distinctly different color than red to separate where your team should be pointing their Dragons towards. 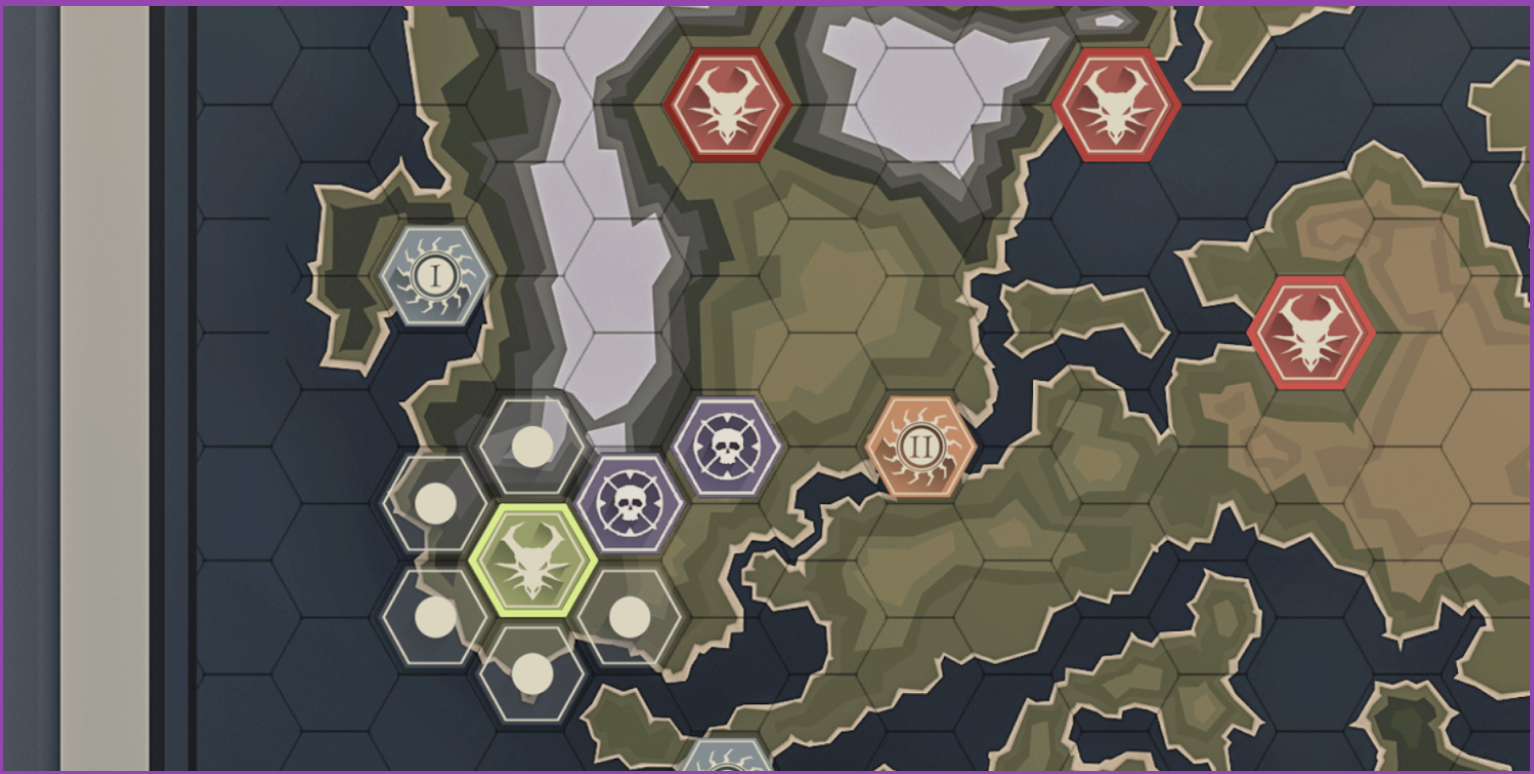 Level 250 + bases were unrealistically difficult to add to this PVP event. With this knowledge, we modified the 250+ bases to represent true bases in PVP that look and act the same way, so no difficulty curve is present.

Highlight Enemy Territories through the Leaderboard

While already a feature that was a part of the first iteration of Kingdom Wars, we’ve now made clearer messaging around the fact that teams can highlight enemy territories via the Leaderboard during the event. 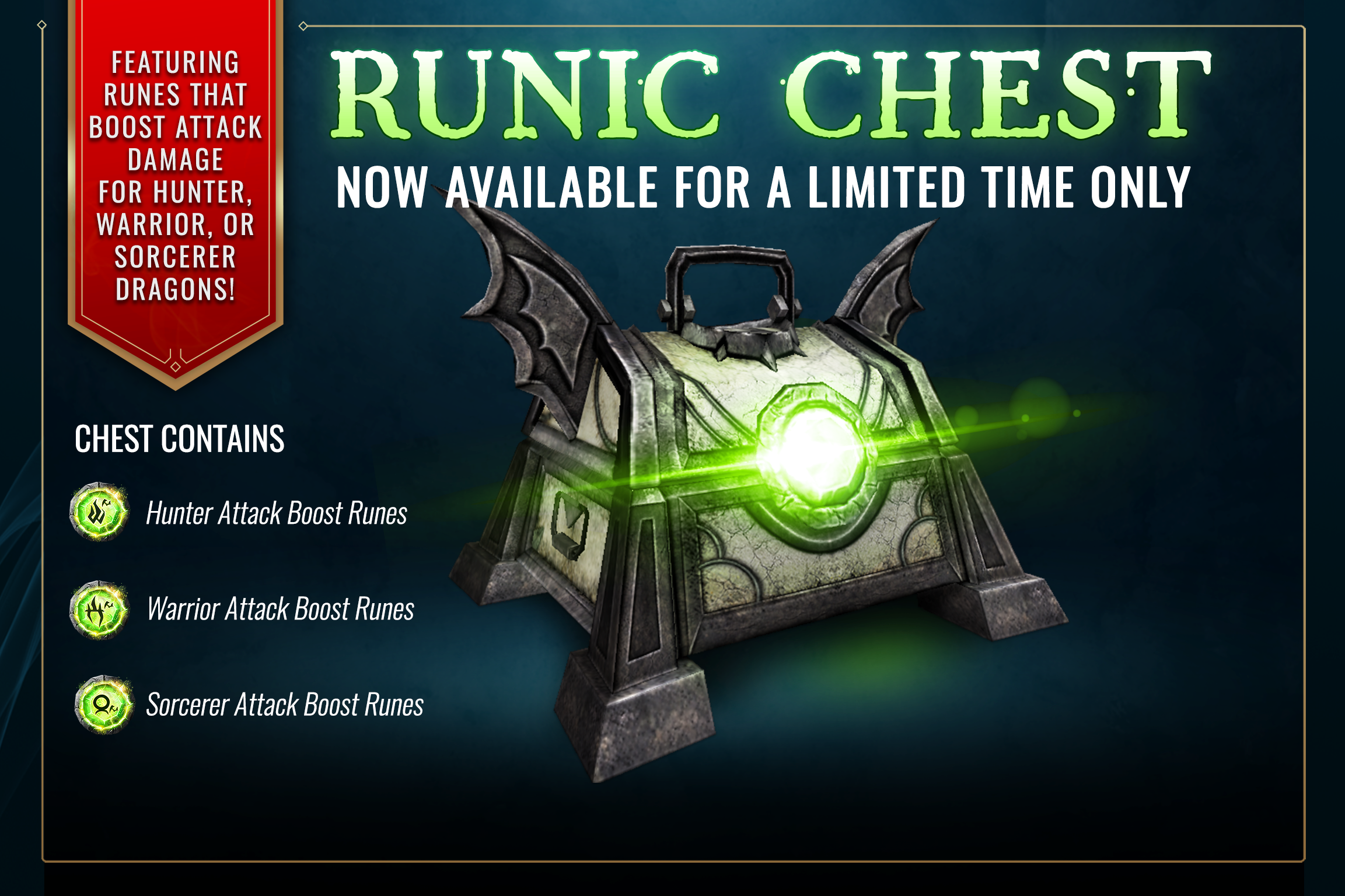 New Runes Are Heading Your Way!

Alongside this week’s Kingdom Wars event, we’ve got another surprise for you! Our Events and Seasons team (specifically PGCoffee, give the guy some love) has been hard at work creating new, specialized runes to add to the game that will enhance your Dragons in lots of different ways. We are introducing new runes that will boost attack for specific dragon classes (Hunter, Warrior, and Sorcerer). Additionally, we have more new runes coming your way in upcoming event prizes and runic chests!

As if there weren’t enough awesome things coming to War Dragons this week, we’re also introducing a newly updated screen for event chests! This new screen will feature the same information as before, but have a fancy new way of viewing available chests. It will also showcase information about the available drops, and when you’re ready to open up a coveted bonus chest!

Additionally, these new screens will now show the drop rates for each of the three available chests that are currently in rotation. Arm yourself with knowledge, Dragon Lords!

What do you think of the new Wildfire feature and Kingdom Wars event updates? Head over to the War Dragons Forums to get the conversation started!