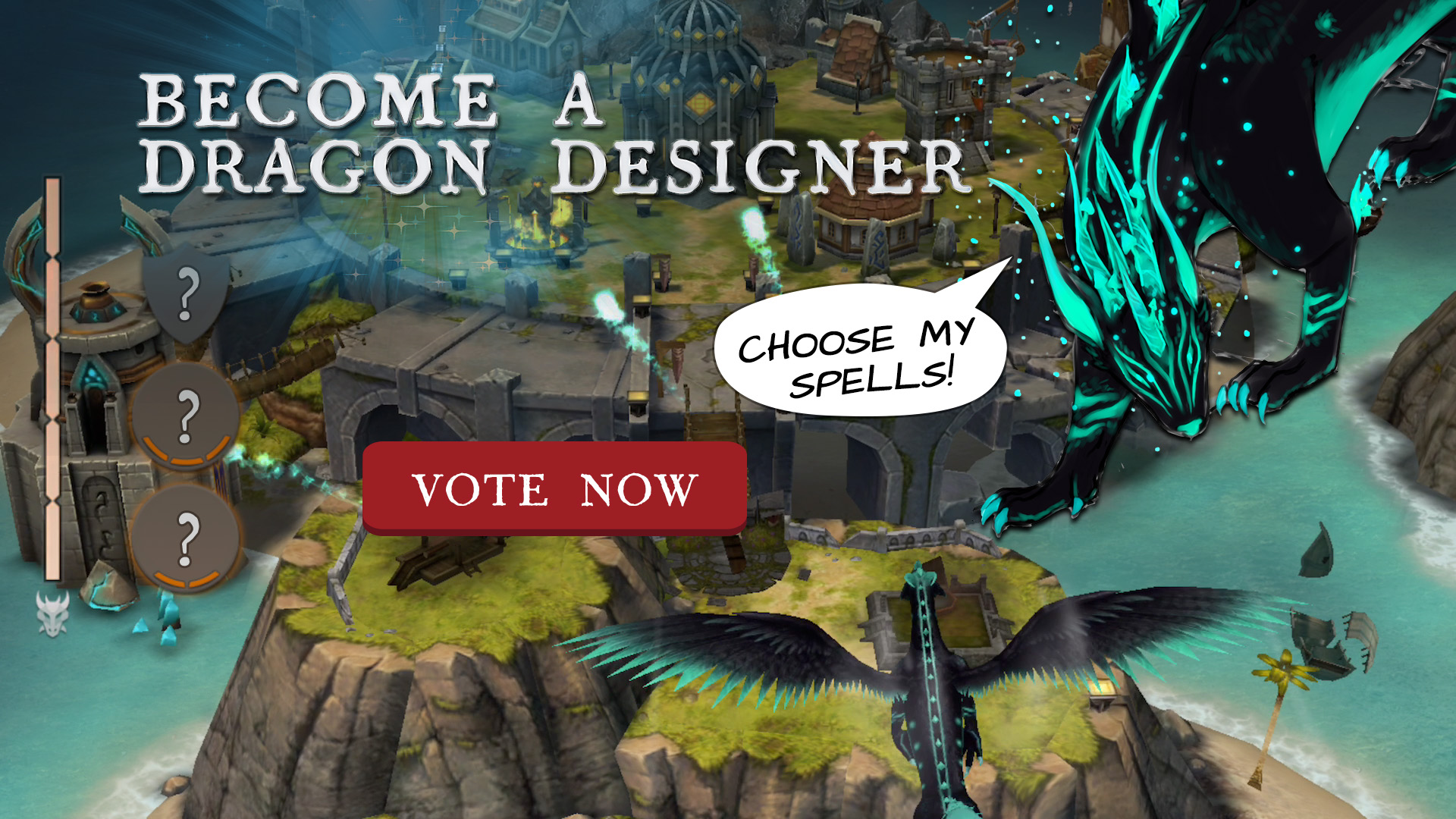 Last week Dragon Lords from across the land submitted their spell kits and lore for Nydryr, an upcoming Sorcerer dragon.

Now you get to submit your vote for the one you would like to see in-game!

Ten lucky participants will also be randomly selected to win
a $20 Value Pack!

Check out the great work these finalists have put together and submit your vote using the form below. 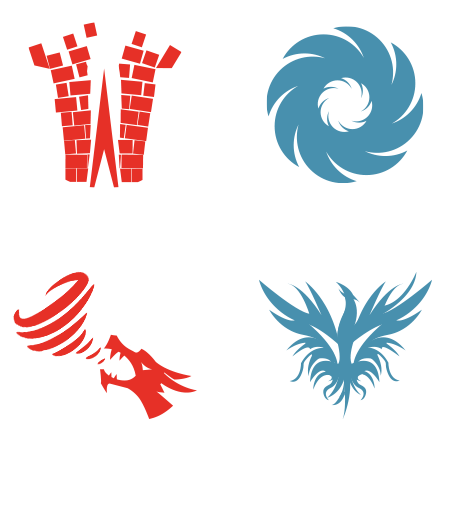 Since before time began, darkness was rampant in the cosmos. It existed for untold numbers of years waiting for a challenge to its eternal dominance. Then the light, bold and fearless, came and threw its very existence into peril. This new foe and the dark of old fought for control of creation and destroyed everything in the path of their terrible battles.

Torrential spikes of shadow were hewn into the powerful challenger in an attempt to slow its advance. Dreadful roars of anger and hatred bellowed from the bowels of the deepest of places, yet still, the valiant charge of luminance kept pushing onward.

After millennia of combat, there was nowhere the light did not touch. Where great nocturnal fissures of shadow once dominated, absorbing all the power the light could muster, pillars of radiance now stood.

Beaten and broken, the darkness retreated and slumbered for eons while the light flourished. In time, it awoke to find itself manifested into a being of pure aphotic energy. It no longer was darkness spread across eternity.

It was despair, dread and fear fused and focused into a single being. It was time for vengeance. Resurrected with greater strength and raw, unchecked power, it is driven to once again establish its reign as the master and ruler of all existence. 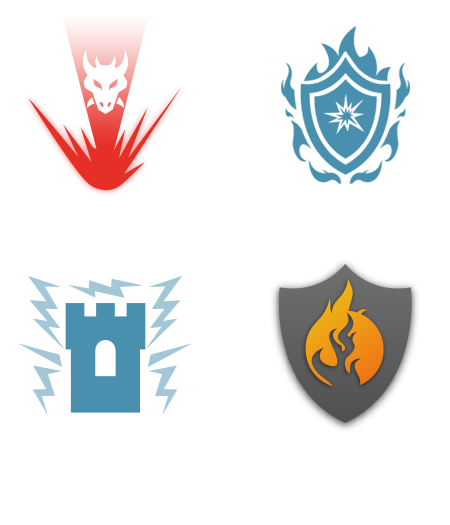 At a young age Nydryr was taken from his mother and sealed away in a cave. Growing up alone and in darkness, he never knew light besides the glowing of his skin and his electrifying blue breath. The darkness around him starting growing within him over the long years, and he swore to seek out destroy the ones who had abandon him there.

He practiced day and night on the cave walls and rocks to perfect his various spells and build up a resistance to fire balls. He tried pretty much every spell but he really liked Southern Cross, for it allowed him to deal great damage as well as steal the rage from his foes.

Over the time Nydryr had lost track of just how long he had been there. He had grown big and was very powerful. One day, while practicing Seething Spark, he busted the cave wall right through!

With haste he rushed out into the gleaming sunshine and stretched out his great wings. This was the day he was waiting for and he took off into the sky with a devilish grin and he would not stop until he accomplished his mission that night. He was like a flash of lightning in the night, not a single arrow could penetrate him through his Shield Blast. He went to town after town destroying everything. Who can stop this new dragon that they call the lightning bolt? 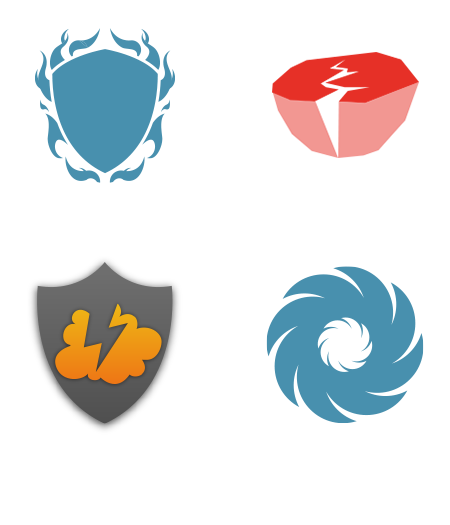 In a world with primeval volcanic landscapes and thick dusty atmosphere creates waves of lightning, one Dragon was born above the rest.

Strong and resilient she rose above the turmoil to reign strong. The name of life was eat or be eaten and she had plans to rule the mountain and then the kingdom with an iron fist...
Nydryr would be queen. 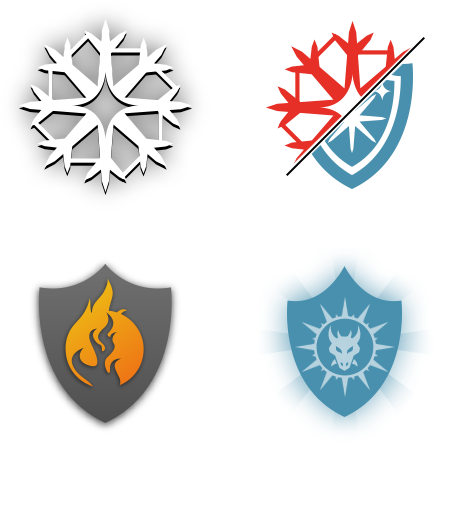 Rebirthed by the lost dragon souls of Aurora Borealis, Nydryr, has returned from slumber. The tyranny of war has consumed numerous dragon brothers and sisters. Nydryr has been docile for far too long.

Entombed in its ice den for the past century, it has monitored the passing of souls. Little by little the northern lights have faded unto supreme darkness. This enraged Nydryr and its inner fire can no longer be contained.

Nydryr has escaped its den and will soon reclaim the souls of distortion.
War will cease or all shall be frozen in entropy... 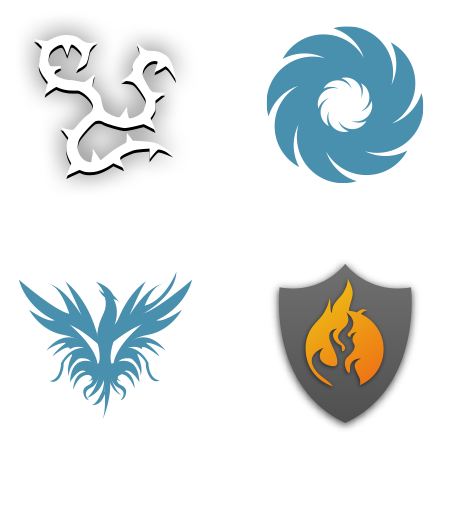 Nydryr, came into existence on a tumultuous evening. A great war between the Black Bloods and the Sapphire dragons created noxious vines that crept into nocturnal fissures.

Just as everyone thought all the dragons had killed each other, low and behold, a taloned foot shot out of a crevice. The figure that followed it, was coal black, as dark as the night sky, with brilliant blue tendrils wrapped around it.

Nydryr, a great sorcerer dragon, was created to rule the night sky with the very spells that created him. Noxious vines imprison the towers, only to be pulled down into the Nocturnal Fissures. The spilled blood of the Black Bloods and Sapphire dragons, were considered by the gods to be a sufficient sacrifice to bring to life, to Resurrect, this great king of the night skies.

He has Spitfire Turret Resistance, naturally, to protect him from the fire brought down from the glaring sun.
Fly this dragon and rule the world!

War Dragons - Become a Dragon Designer | VOTE NOW and enter to win!
Get the free mobile game that everyone is playing.